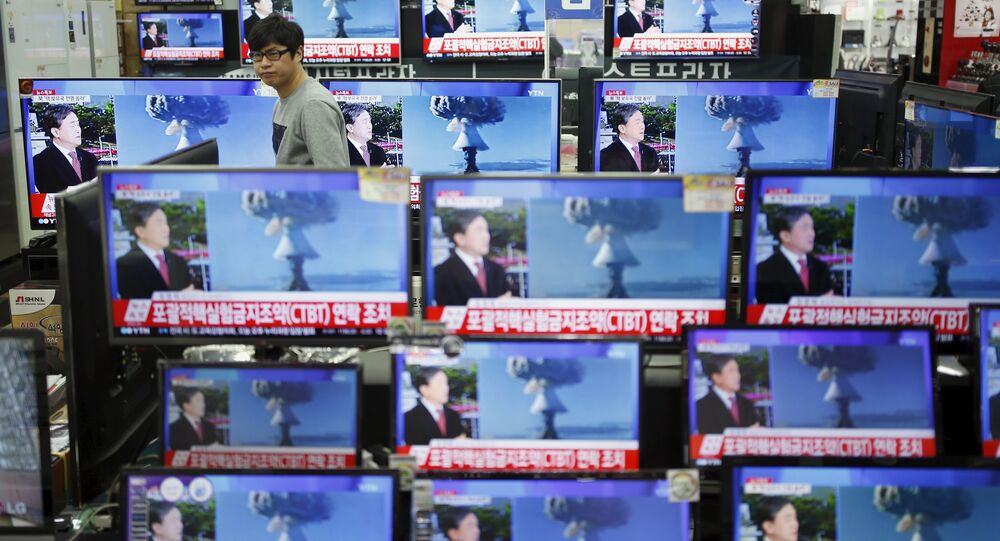 A diplomatic source reportedly said that Pyongyang was likely to carry out another nuclear test in April.

MOSCOW (Sputnik) — Pyongyang may hold a new nuclear test in April, the sixth one since 2006, although the exact date is unclear, South Korean media reported on Monday.

"There are chances that the North will conduct an additional nuclear test, though I cannot say for sure that it will come around the summit between the U.S. and China (in early April) or [late Supreme Leader of North Korea] Kim Il-sung's birthday (on April 15)… It could be done around April 25 when it celebrates the anniversary of the Korean People's Army," a diplomatic source told Yonhap news agency.

© REUTERS / KCNA
North Korea Warns of Attack 'Without Warning' as Western War Games Continue
North Korea has conducted a total of five nuclear tests, with the last one having place on September 9, 2016.

Since the beginning of 2016, North Korea carried out a number of missile launches, with the latest one conducted last Wednesday and possibly having failed.

North Korea's nuclear program has been a contentious issue of concern for the neighboring countries and their allies, with every new missile launch by Pyongyang raising tensions in the peninsula.