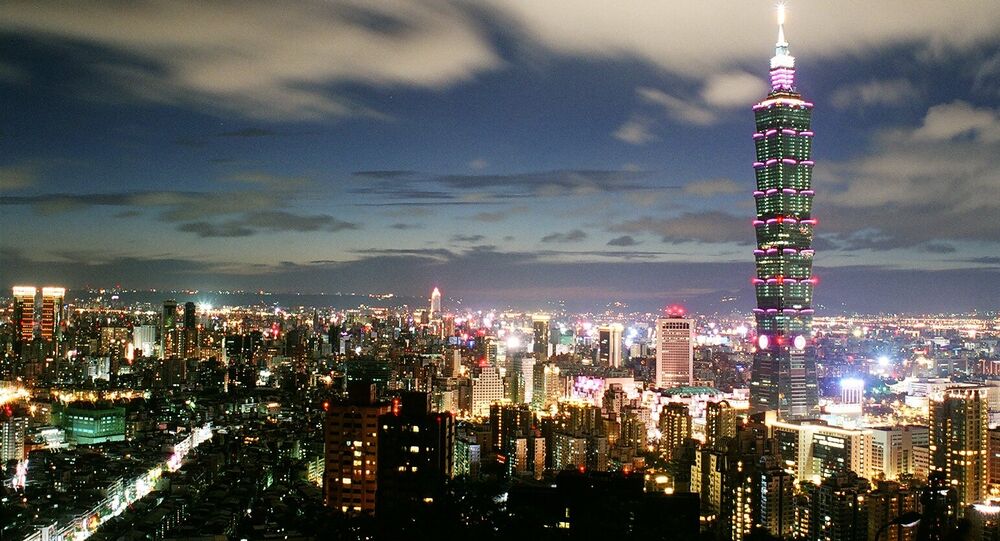 BEIJING (Sputnik) — On Saturday, Akama took part in the opening ceremony of the Japanese tourism exhibition in Taiwan, marking the visit of the highest ranking Japanese official to the country since 1972.

"The Taiwan issue is the most important and principle matter of the political basis of Chinese-Japanese relations. China's stance regarding Taiwan is clear and consecutive. The Chinese side strongly opposes it and has already voiced its objection to the Japanese party," Hua said at a press briefing.

Hua stressed that the visit of the incumbent Japanese official to Taiwan was unlawful and violated the country's obligations concerning contacts with Taiwan.

© REUTERS / Tyrone Siu
Taiwanese Militarization Amid Growing Asia Pacific Instability
The problem of the legal status of Taiwan dates back to the post World War II period, particularly, to the 1952 San Francisco Peace Treaty with Japan which did not specify to what country the island was to be surrendered, leading to the rise of the Taiwan independence movement. China does not recognize the independence of Taiwan, instead choosing to regard the island as its breakaway province.

In 1992, both sides of Taiwan strait reached a cornerstone consensus that there is only one China, though with tricky and differing interpretations, allowing both Beijing and Taipei to agree that Taiwan belongs to China, while disagreeing on which one is China’s legitimate governing body.