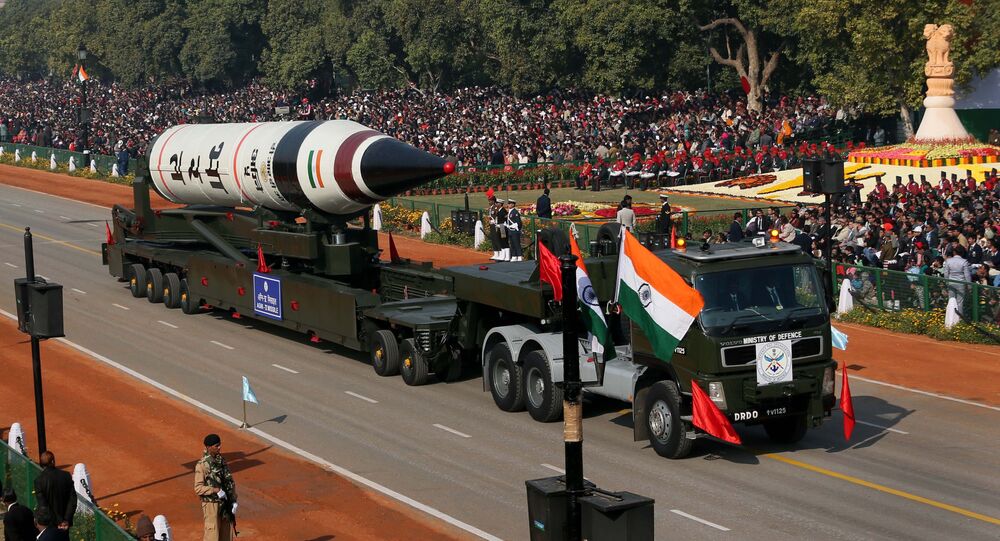 Russia to Help India to Get NSG Membership

Russia is negotiating with China on behalf of India to get membership for the Nuclear Suppliers Group which India needs urgently.

Shashi Tharoor further added that, “India has no choice but to seek the help of Russia as in spite of our consistent efforts we could not be able to convince China. Russia is our old friend and Russia being a close ally of China can be of great help to India to convince China.”

“If I would be have been the Foreign Minister, I would have done the same,” Shashi Tharoor told Sputnik in and exclusive interview.

© AP Photo / Jim Lo Scalzo/Pool Image
Experts Ask if Trump Can Do What George W Bush Did With China for India's NSG Entry
Indian lawmaker D Raja also echoed the same sentiment when he said that, “It’s a back channel diplomacy. In fact, Russia is keen so that India gets the membership of Nuclear Suppliers Group. Russia has no qualms about India’s non-signatory status on NPT.”

India wants to be a member of the 48-member Nuclear Suppliers Group but China has blocked India’s membership bid despite support from the majority of NSG members. China is objecting NSG membership on the grounds that India has not signed the Nuclear Non-Proliferation Treaty (NPT).
...
Reddit
Google+
Blogger
Pinterest
StumbleUpon
Telegram
WhatsApp
1912