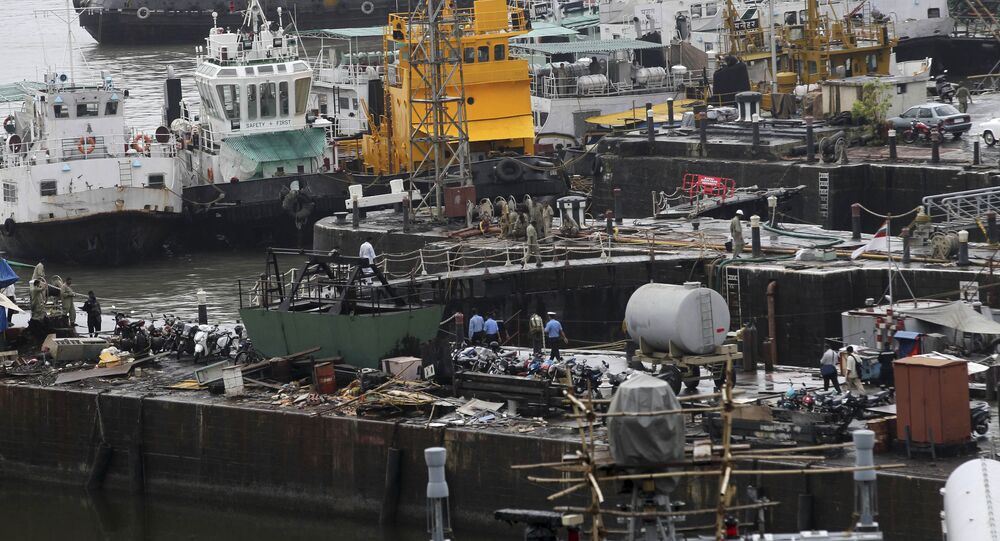 The Indian Navy is worried at the preponderance of human error that led to 21 operational accidents in the last three years. The most famous being the accident involving the submarine INS Sindhughosh and a fishing trawler in 2015.

© Photo : SpokespersonNavy twitter
Indian Navy Gets Jet Attack Craft to Take On Maritime Terrorists, Pirates
New Delhi (Sputnik) — Indiscipline is cited to be the main reason for the operational accidents, in which 10 lives have been lost.

"In cases of accidents, a Board of Inquiry (BoI) is set up to determine the cause and identify the officials responsible. In majority of the cases, the inquiry is complete. 42 officers/sailors have been held responsible. Disciplinary action has already been taken against 32 officers/sailors," said Subhash Bhamre, India's Minister of State for Defense.

The Indian Navy had set up the Indian Navy Safety Organization (INSO) in October 2012 to avoid naval accidents but its data show that the number of accidents increased after it came into being, instead of coming down. There were 32 naval accidents registered from 2007 to 2012. The INSO is responsible for analyzing incidents and accidents, reviewing safety regulations and procedures, issuing policy directives and conducting safety assessment.

© AP Photo / Rafiq Maqbool
Indian Navy to Set Up Met Facilities for Myanmar Navy
In October 2014, INS Kora collided with German merchant vessel Madeleine Rickmers due to the crew's error of judgement. The very next month, Navy's torpedo recovery vessel TRV 72 sank outside the harbor at an eastern coast. In February 2015, the combination of inadequate situational awareness, failure to assess that a close quarter situation/collision was developing/imminent led to damage to the INS Sindhughosh submarine.

In June last year, two people lost their lives in the leak of toxic fumes from the sewage plant on board the Russian-made aircraft carrier INS Vikramaditya, which was undergoing repairs at Karwar in Karnataka. In December 2016, the 4000-ton INS Betwa slipped off dock blocks in a ship repair facility in Mumbai.

Earlier this month, four young sailors refused to follow order from senior officers on board survey ship INS Sandhayak off the eastern state of Odisha. The Navy was forced to airlift these sailors to avoid mishap at high sea.