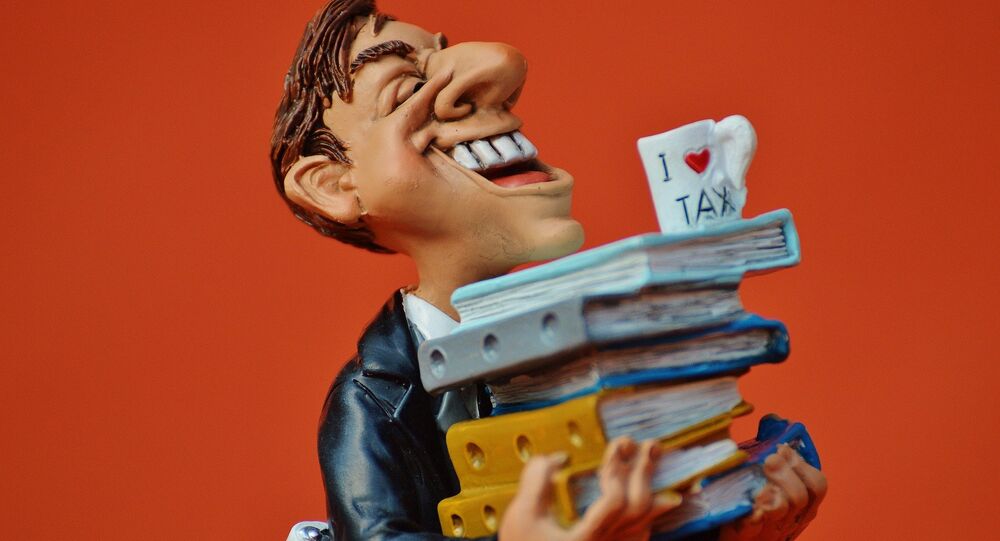 In a landmark move against tax-resistant multinationals, Facebook and Google will now be obliged to pay taxes in Australia based on the revenues they reap in the country, and will be prohibited from surreptitiously shifting income abroad to low or no-tax jurisdictions, Canberra has announced.

The changes are part of a wider initiative, dubbed the "Google Tax," targeting global companies operating in Australia with annual incomes exceeding AU$1 billion (US$77,000,000).

The law was proposed in early 2015, when the government said around 30 global corporations paid little or no tax on the proceeds of their Australian operations. Treasurer Scott Morrison told Parliament the changes gave the Taxation Office "the power, resources and penalties to get the job done," and would raise an extra AU$2 billion (US$1.5 billion) in the 2017/18 tax year.

"Facebook are now booking their Australian revenue in Australia, not Ireland," he said, adding that several other multinational firms were similarly abandoning convoluted tax avoidance structures and remodeling their businesses to be more transparent about the revenue they generated in Australia.

Many large multinational firms, such as Amazon, Apple, Facebook, Google and Microsoft, can circumvent tax liabilities in the countries they operate by basing their headquarters (European or otherwise) in Ireland. The country has headline corporation tax rates of 12.5 percent, the second-lowest in the European Union alongside Cyprus, and also maintains double taxation agreements with a variety of virtual tax havens. This allows firms based in Ireland to shift profits to jurisdictions such as Panama, meaning they may not even pay Ireland's humble rates.

A February 28 Oxfam Ireland report indicated companies route as much as US$100 billion out of Ireland annually via this ruse.

Ireland is by no means unique in the EU — a December 2016 Oxfam report found the Netherlands, Luxembourg and Cyprus were among the world's top 15 worst tax havens, while four of the UK's Crown Dependencies and Overseas Territories — Bermuda, the Cayman Islands, Jersey and the British Virgin islands — also made the list.

Moreover, in March a report compiled by five civil society organizations concluded profit shifting and tax dodging was rife in Central and Eastern Europe. It found Hungary had effectively established itself as a regional tax haven, with the government seeking to cut the headline corporation tax rate to 9 percent — although the country's top companies typically pay less than 0.5 percent, via liberal use of tax exemptions and allowances.

© Photo : Pixabay
Campaigners Welcome MEPs Vote to Close Tax Loopholes Exposed by Panama Papers
In the wake of the Panama Papers and LuxLeaks scandals, EU authorities have become increasingly aggressive in their approach to tax avoidance and profit shifting, and the "sweetheart" agreements sometimes struck between multinational firms and member state governments.

In August 2016, the European Commission, ruled Ireland had granted undue tax benefits of up to US$13.5 billion to Apple, which it said was illegal under EU state aid rules because it allowed Apple to pay substantially less tax than other businesses. The Commission ordered the Irish Government to recover the "illegal aid."

This drive has seemingly continued despite concerns Malta's presidency of the European Council could negatively influence the bloc's tax policies, given Malta has been described by campaigners as a tax haven. In February this year, MEPs voted to close a loophole allowing companies and trusts to obscure the identities of their ultimate owners.