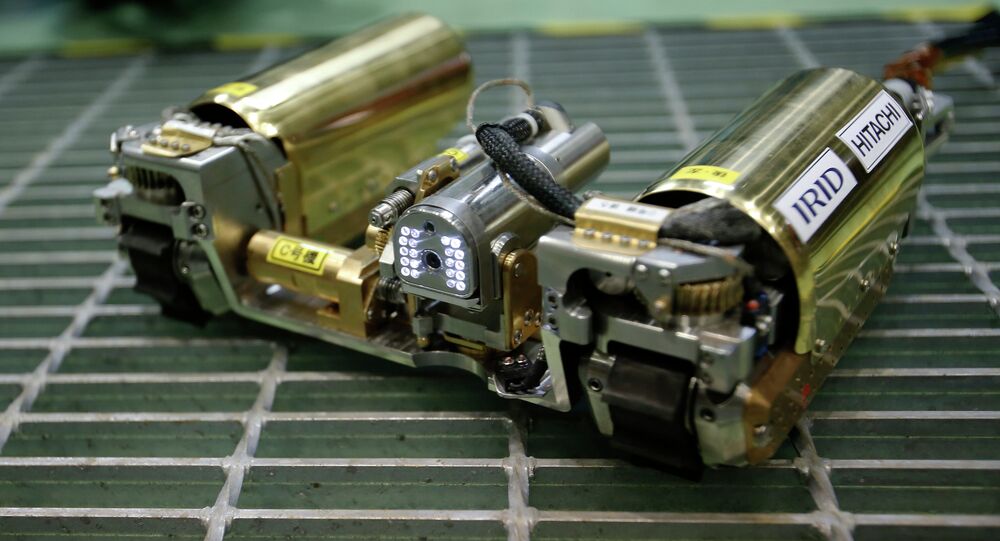 TOKYO (Sputnik) — In March 2011, an earthquake triggered a tsunami which hit the NPP, resulting in the leakage of radioactive materials and shutdown of the plant.

Fitted with a camera and radiation detector, the robot did discover a small heap of a sand-like substance in the reactor, the Kyodo news agency reported, citing Tokyo Electric Power Company (TEPCO), the NPP's operator. While experts do not believe this substance to be the melted fuel, it is too early to make definitive conclusions, the news agency added.

The robot was reportedly lowered into the containment vessel on Saturday to collect information about the radiation levels inside the container and to take photographs.

According to the media outlet, the radiation level in the water at one foot above ground level is 11 sieverts per hour.

The global average for natural background radiation is 2.4 millisieverts per year.

People are still prohibited from living in the settlements located near the NPP, with clean-up operations expecting to take about 40 years.