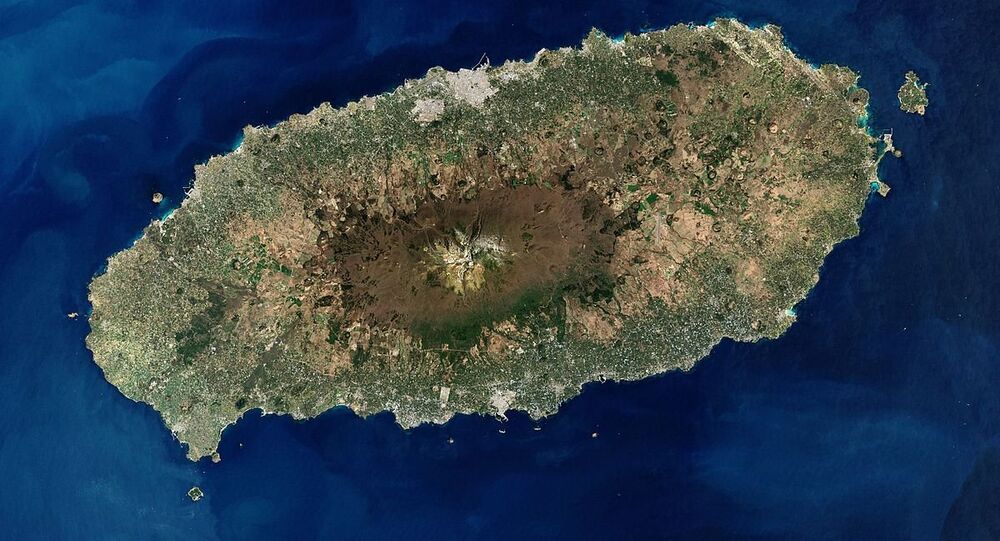 Residents of the South Korean resort island of Jeju strongly object to the military setting up of a base on it with the possible deployment of the US Navy's newest Zumwalt destroyer "to deter North Korean aggression," a source in the security service of the island told Sputnik Korea.

On March 9,  the South Korean Air Force announced that it plans to establish a base at Jeju’s second airport site in Seongsan-eup.

© AP Photo / Robert F. Bukaty
US Zumwalt Destroyers Will Get a Second Look From President Trump
The country's Air Force Chief of Staff Jeong Gyeong-du confirmed that the military wants to locate the Southern Region Search and Rescue Air Group at the airport which is due for completion by 2025.

It will comprise four planes, four helicopters and up to 300 Air Force personnel. The base is expected to cover a fifth (1-1.3 square kilometers) of the new airport area and it could be included in the next Mid-Term Defense Plan from 2021.

The Air Force announcement apparently came as an embarrassment for the local government, which had insisted that the airport was solely for commercial use.

Earlier in January, the chief of the US Pacific Command said that the Navy's newest Zumwalt destroyer could be deployed near South Korea "to deter North Korean aggression."

The piece of news was confirmed by the South Korean defense ministry later in February.

"In a meeting with South Korean lawmakers in January in Hawaii, Adm. Harry B. Harris, Jr., commander of the US Pacific Command brought forth the idea of having the country's largest missile destroyer operating near the resort island of Jeju or Jinhae, 410 kilometers south of Seoul," the Ministry of National Defense confirmed in February.

© Flickr / Naval Surface Warriors
Proposed Deployment of US Destroyer Zumwalt to S Korea 'Would Cut Off China's Navy From the Pacific'
"We haven't received any official offer (from the US military) in regard to the deployment of the Zumwalt. If the US officially makes such a suggestion, we will give it serious consideration," Defense Ministry spokesman Moon Sang-gyun said in a press briefing.

Following the recent announcement of the setup of the air base, South Korean Chief of Staff Jeong said that “the people of Jeju have no need to feel anxious” and emphasized that SAR does not include fighter aircraft.

However according to local media reports, "all Jeju residents were angered by the news."

A source in the security service of the island, who preferred not to disclose his name, told Sputnik Korea that the residents of the island are "closely monitoring the reports on the deployment of the Zumwalt destroyer off the island and the plans to use the airport, which is still under construction, for military use.

© Photo : Sung-Hee Choi‎ facebook
No Naval Base on Jeju!

Judging by the mood of the islanders, mostly natives of the south-western continental part of South Korea, who previously fought against the militarization of Gangjeong village on the southern coast of Jeju Island, the site of the country's Navy base, they will fiercely protest against the deployment of the US troops and the setup of the military air base, he said.

The expert also said that former president Roh Moo-hyun once promised the islanders that there would be no US military vessels ever deployed at the Gangjeong base. Hence, he said, the trust in the country's government will likely fade after the announcements.

He also noted that judging by the recent impeachment of the country's president, South Korea has grown into a mature democratic society. In case the problem of militarization of the island causes wide public reaction, this society will be able to have an impact on the decision to setup bases on the island.