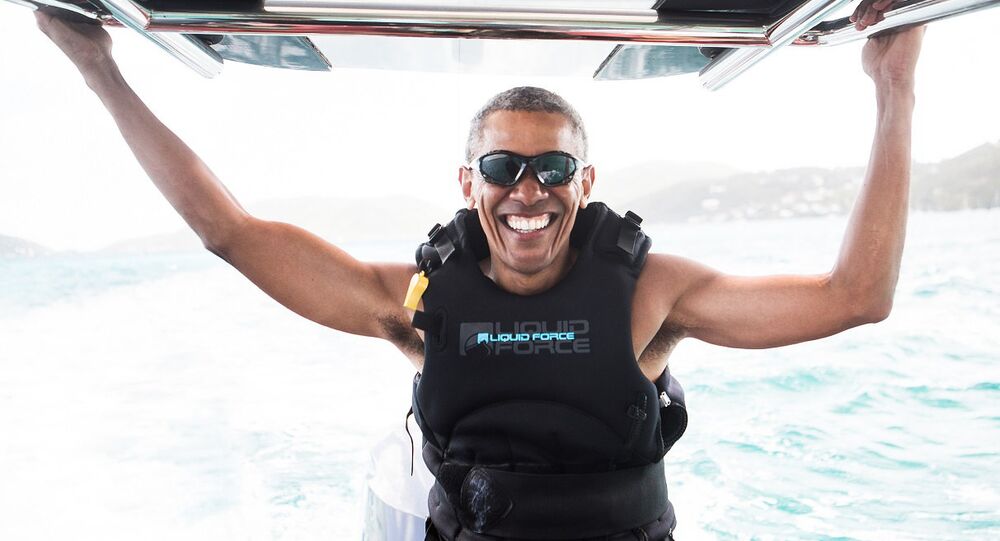 Former US President Barack Obama continues what appears to be a much-longed-for and, some say, verging-on-permanent vacation, now taking his lounging act to Tahiti, in French Polynesia.

The 44th president, who left the White House in January after two terms in office, was, surprisingly, not accompanied by his wife, Michelle, or any other members of his family, according to local station Tahiti Nui TV.

Obama, the first African-American president of the US, reportedly planned to spend a month at the privately owned South Pacific resort of Hollywood legend Marlon Brando, who purchased the land in the 1960s.

There has been no agenda announcement from the Obama camp regarding meetings or activities and, according to hotel staff, it is not known how he will occupy his time while vacationing on the storied tropical isle.

Since leaving the White House the former president has visited Palm Springs, California and Richard Branson’s private island in the Caribbean.