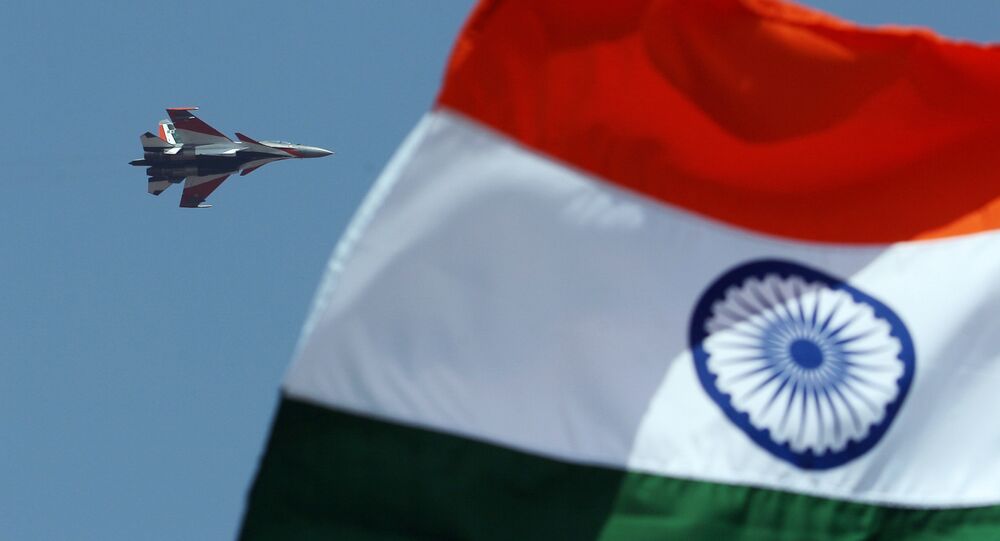 The Indian Air Force lost a Sukhoi-30MKI jet in a crash and a Chetak helicopter crash-landed in two separate air accidents on Wednesday.

“A Sukhoi aircraft of Indian Air Force crashed in the field of Shivkar Kudla village in Barmer while on a routine sortie. Both the pilots ejected safely,” said an Indian Air Force officer. Barmer is in western India, bordering Pakistan. An inquiry has been ordered by the air force. This is the seventh crash of a Sukhoi-30MKI since induction into the Indian Air Force in 2002.

The Sukhoi-30MKI is twin-seater, twin engine multi-role fighter of Russian origin, capable of carrying a variety of medium-range guided air-to-air missiles with active or semi-active radar or infra-red homing close-range missiles.  IAF contracted 272 Sukhoi-30MKI fighter aircraft in 2000, of which more than 213 jets have been delivered till date and the remaining are likely to be delivered by 2020.

​In the other accident of the day, a Chetak helicopter crash-landed after a technical snag during a training sortie near Allahabad. It is not clear whether both the accidents took place due to a technical fault or pilot’s error.
According to India’s Ministry of Defense, there were eight accidents reported over the last nine months, which is higher than the previous 12 months. In year 2015-16, six aircraft met with accidents while it was 10 in 2014-15.

“As many as 87 accidents had taken place, which works out to be more than 10 per year. In these accidents, as many as 75 lives were lost. It was further found that in most of the cases of accidents, the reason was established to be material failure, technical defect or human error,” said a report of the parliamentary committee on defense.