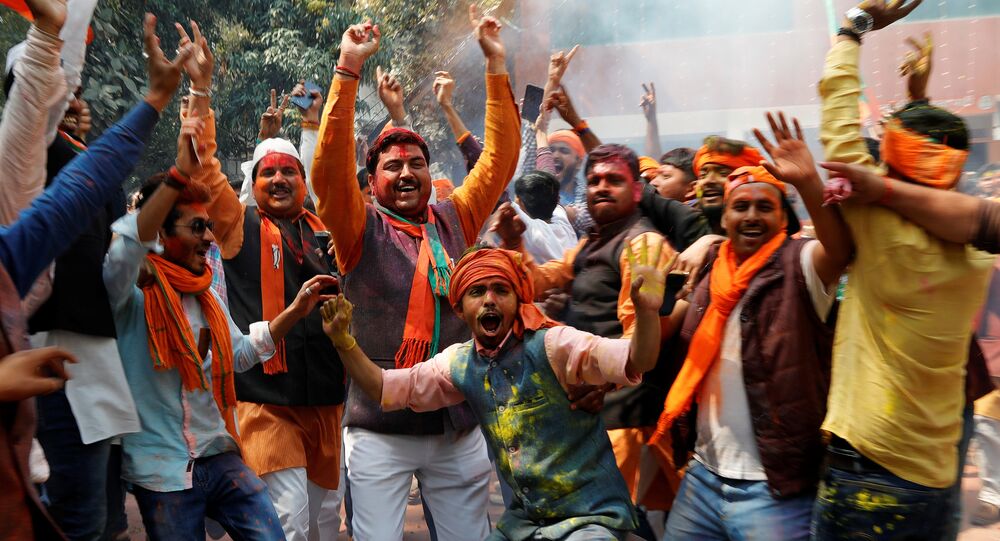 "Credit of the landslide victory goes to Prime Minister Narendra Modi. People endorsed the Modi's policies of demonetization and surgical strike against Pakistan. Victory shows that people are happy with Modi's policies for the poor and downtrodden," Bharti said

"The victory shows that now there is no place for politics of caste and appeasement in Indian politics. People have given priority to development and nationalism. Our first priority is to improve the law and order situation in Uttar Pradesh," Adityanath told Sputnik.

Uttar Pradesh has a population of over 200 million and was considered especially important in India's month-long multi-stage regional election marathon.