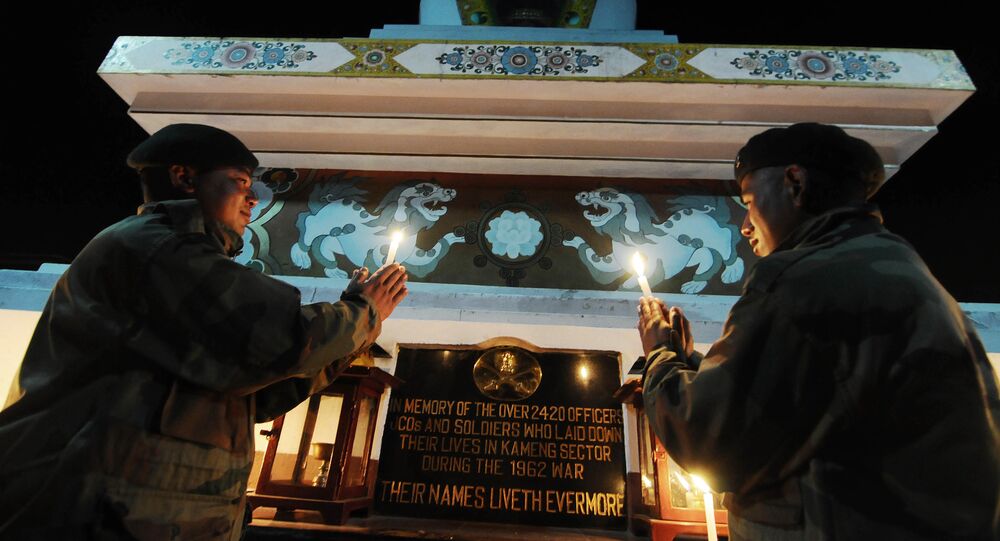 Prepared by Lt Gen Henderson Brooks, the report reportedly lists the reasons for India’s defeat against China in the war of 1962 but remains a state secret with successive governments refusing to declassify it.

© AFP 2020 / ANDY WONG / POOL
India Dwarfed by China’s Unmanned Warfare Capabilities
New Delhi (Sputnik) – A Member of Parliament on Friday sought the declassification of the Henderson Brooks report on the 1962 India-China war, saying it would enable people to know about the defeat and learn from it.

B. Mahtab, the MP from the Biju Janata Dal, a regional party currently in power in the southeastern state of Odisha, raised the issue during question hour in Parliament’s lower house. The lawmaker asked why the Henderson Brooks report was not being made public.

“Our democracy is very vibrant and we need to declassify such materials. One such classified document is the Henderson Brooks' report on 1962 war,” Mahtab said, adding that it is important to learn from the successes and failures.

Without naming then defense minister V.K. Krishna Menon, Mahtab said an “arrogant” minister had tried to hide the document from the then Prime Minister Jawaharlal Nehru. “People need to know about this report, which is known as the Himalayan Blunder,” Mahtab said.

Prepared by Lieutenant General Henderson Brooks with Brigadier Premindra Singh Bhagat in 1963, the report reportedly lists out the reasons for India’s worst defeat at the hands of the Chinese People’s Liberation Army. The report is classified in India. When it was in the opposition, the BJP had sought the declassification of Henderson Brooks report, but declined to declassify it when it took over the reins of power.

In 2014, Australian author and journalist Neville Maxwell put up on the Internet a portion of a document which he claimed was from the Henderson Brooks report, the authenticity of which still remains a matter of debate in India. Maxwell was the India correspondent of The Times, London, in New Delhi during the war and has written a book on the war, India's China War, which was released in 1970.