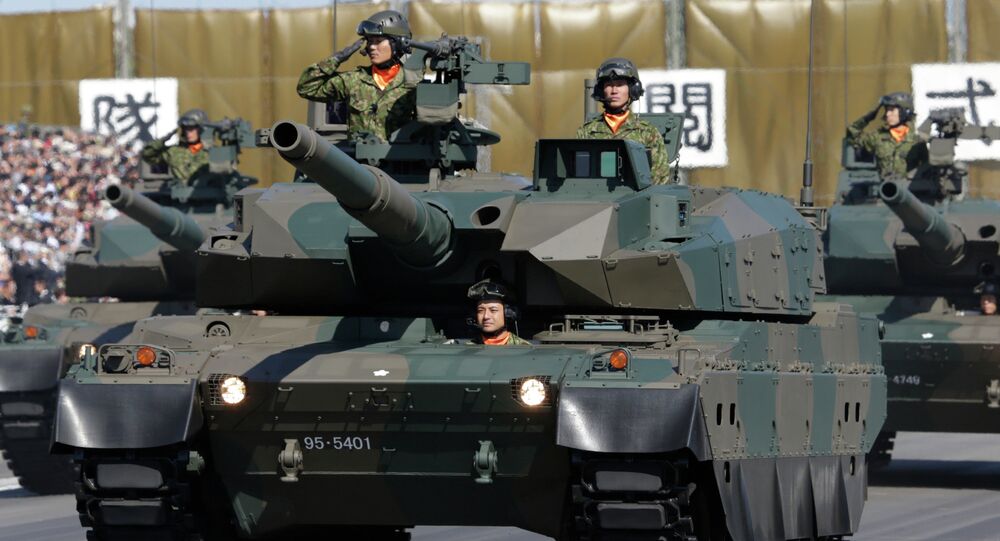 Japan’s Defense Minister Tomomi Inada stated that the country’s Self-Defense Forces have the right to launch strikes against enemy territory, raising concerns about the prospects of Tokyo’s ongoing military buildup.

However, it remains unclear whether this stance contradicts Japan’s pacifist constitution

In recent years Tokyo has significantly increased the country’s defense budget, ramping up annual military spending up to $41.7 billion in 2016 and to $44.64 in 2017.

In 2015 Japan’s parliament approved legislation that allows Japanese troops to be deployed overseas on combat missions and to participate in armed conflicts abroad, effectively overruling the nation’s previous ‘self-defense only’ policy.

In 2016 Japan ranked seventh in the Global Firepower military strength rating, surpassing the military capabilities of countries like Turkey and Germany.

Valery Kistanov, head of the Center of Japanese Studies of the Russian Academy of Sciences’ Institute of Far Eastern Studies, told RT that Japan’s military spending is likely bigger than the official estimates, and amounts to about $47 billion per year.

"Japan's Self-Defense Forces became one of the most high-tech militaries in the world, so there are definitely some risks involved. If your neighbor has a rifle, and a loaded one at that, it’s hard to predict how the relations between you and him may change in the future. Maybe the rifle will be fired?" Kistanov said.

He pointed out however that the military doctrines of both Russia and Japan rule out armed conflict between the two nations, and that Tokyo is more concerned about China and North Korea,

"There are US military bases in Japan, and missile defense capabilities (in the region) are being ramped up under the pretext of responding to the North Korean threat. These tendencies obviously raise justified concerns in Russia as the expansion of missile defenses in the Far East poses a threat to Russian interests and security by default," Kistanov surmised.