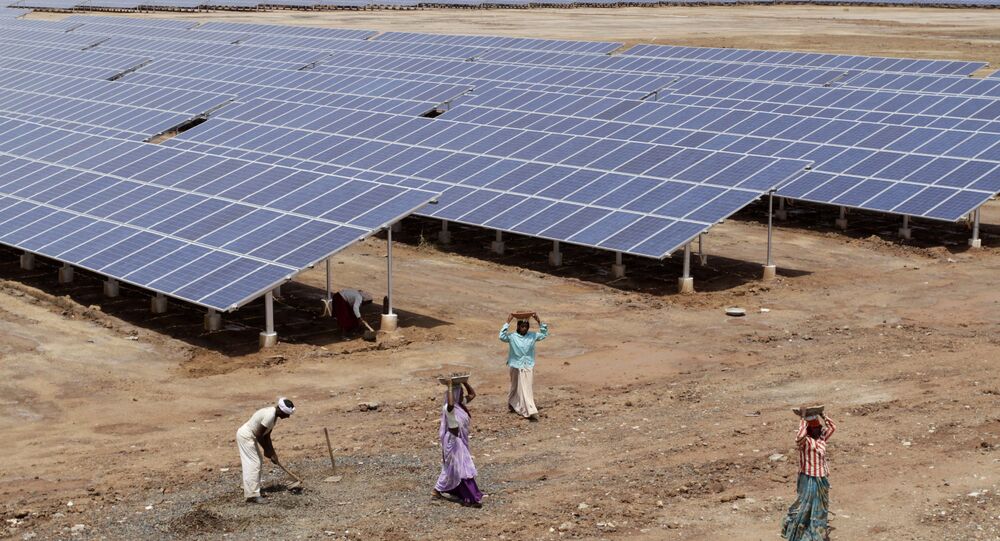 The Indian government has initiated a massive program to build more than one million ponds across the country. As the cost of land keeps rising, floating solar power plant may provide solutions to the energy-deficient millions.

"Such systems are fast emerging as an alternative to conventional ground-mounted systems which are land intensive. It has various benefits like conserving water through reduction of evaporation, increased generation due to cooling effect on the panels, reduced installation time etc and could also be installed in saline water environment," says NTPC official.

The company has set a target of generating approximately 800 MWp in various reservoirs in its current thermal power generating stations. NTPC has already started working on scaling up such type of system for MW scale installation.

There has been significant growth in floating solar panel set-ups in the recent past since it overcomes the prohibitively high land cost factor. Global floating solar panels market is expected to reach $ 2.70 billion by 2025, according to a new report by Grand View Research. "The penetration of stationary floating solar technology is expected to grow, particularly in developing and emerging economies owing to the low cost of installation as compared to its (land) counterpart," says the report.

© AP Photo / PRNewsFoto/Innovative Solar Systems
India Doubles Target for Power Production from Solar Parks
Japan, which is low on space, has initiated a series of initiatives in the wake of the Fukushima nuclear power plant disaster to promote floating solar power. Last year, Japanese electronics multinational Kyocera had begun work on what it says will be the world's biggest floating solar farm. A year-long study in Japan has shown that solar panels installed on a reservoir generated 14% more power than those set up on a rooftop.

In the beginning of this year, Indian company Adani had started the world's largest solar power station in a single location in a record time at a cost of $661 million. The plant comprises 2.5 million solar panel modules, 576 inverters and 6,000 km of cables, the company said.

India is a signatory to the Paris Agreement on climate change. The Narendra Modi government is committed to ensure at least 40 per cent of its electricity will be generated from non-fossil-fuel sources by 2030. Piyush Goyal, India's energy minister, is confident that 57 per cent of total power capacity will come from non-fossil sources by 2027. The government has taken various initiatives to build 100 GW from large solar installations in the total target of 175 GW by 2022 set for renewable energy.