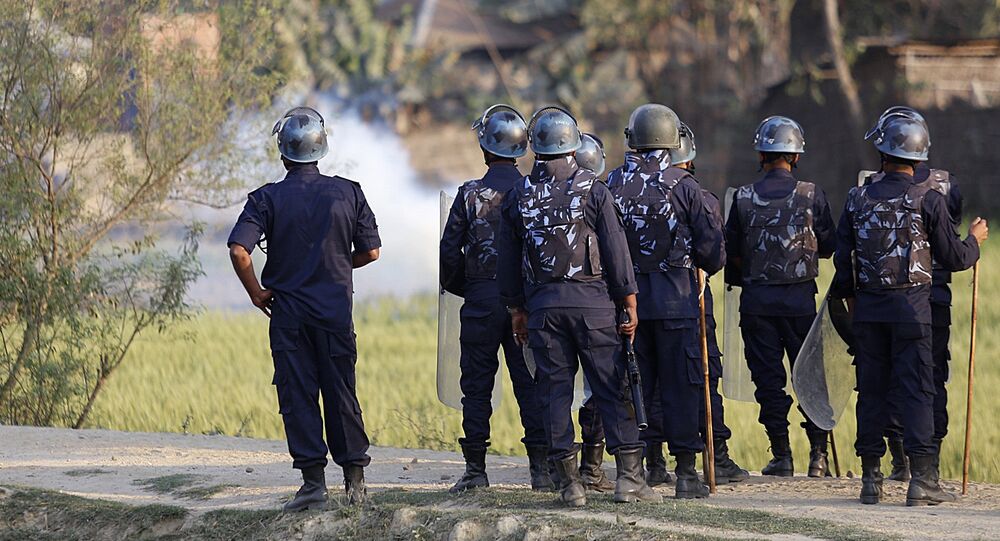 New Delhi has serious concerns over several violent altercations between police and protesters in Nepal and calls on all sides to show restraint, the Indian Ministry of External Affairs spokesman, Gopal Baglay, said Thursday.

"We are seriously concerned at the recent violent clashes [in Nepal] and in which several people lost their lives… We urge all sides to exercise restraint and to avoid any action that may vitiate the atmosphere further," Baglay told reporters at a weekly media briefing.

Baglay added that India would continue supporting "efforts for peace, progress and stability in Nepal."

On Tuesday, according to media reports, the protesters blocked roads and attacked several government offices, which led to clashes with the police, in which nobody was injured.