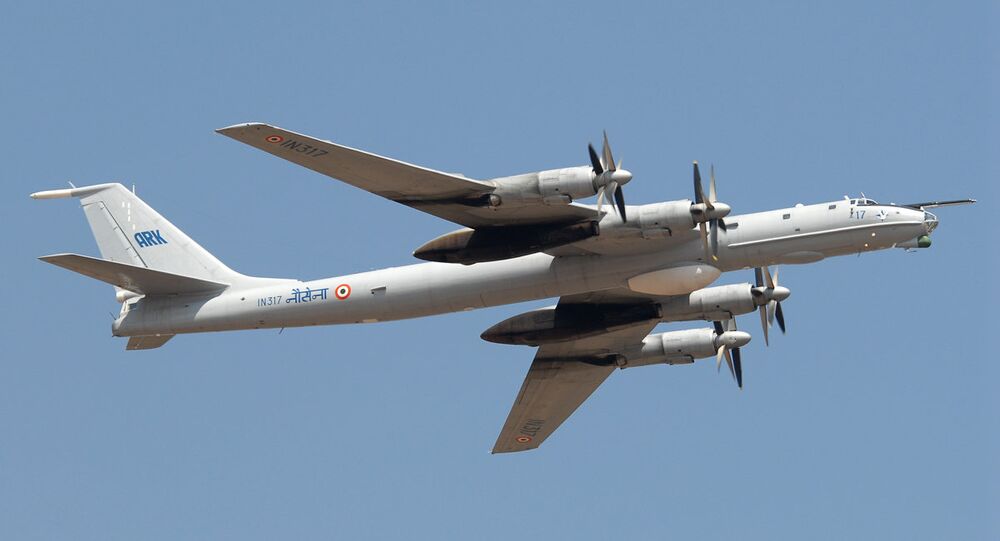 The Indian Navy’s three Tupolev-142M aircraft have been in service for maritime reconnaissance and anti-submarine operations since 1988.

© AP Photo /
Indian Navy All Smiles After Testing Anti-Ship Missile From Submarine
New Delhi (Sputnik) – The Indian Navy is expected to decommission the Tupolev Tu-142M aircraft which have been in service since 1988 as the 312nd squadron and deployed in anti-submarine warfare and patrol missions across the Indian Ocean.

“The Albatross, due to their phenomenal maritime reconnaissance (MR) capabilities, have been spearheading the Navy’s MR effort ever since and are among the finest aircraft of their kind in the world in addition to being the fastest turbo-props,” said an Indian Navy statement. Only three aircraft are in service as the Navy had started the gradual phasing out with the induction of eight P8I multi-mission aircraft. Four other P8Is will be available by 2020.

The Indian Navy had upgraded its Tu-142M aircraft during 2006-10. The 49.5-meter-long aircraft has a wingspan of approximately 50m and has a maximum takeoff weight of 185,000kg. The aircraft is armed with weapons like the Kh-35 anti-ship missile, self-guided missiles, torpedoes, depth charges and twin AM-23 automatic cannon.

The Tu-142M aircraft is based on the Russian long-range Tu-95 bombers, which were used in Syria against Daesh.