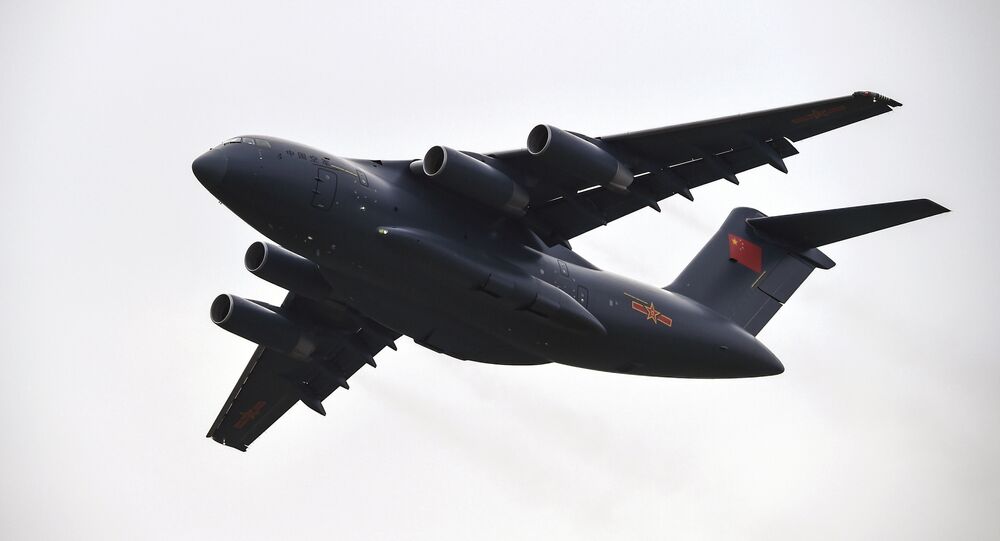 According to Li Tongyu, chief of rocket development at the academy, the technology will allow scientists and engineers to quickly replace “dysfunctional” satellites, as well as launch ad hoc, last-minute satellites into orbit, as part of disaster-relief efforts.

“The Y-20 strategic transport plane will be the carrier of these rockets,” Li says. At a certain altitude the plane releases a rocket from its fuselage, which is then ignited after leaving the aircraft, said Li, adding that the group currently has a shovel-ready model that can send a 220 lb payload into orbit. The group will next work on a rocket capable of launching 450 lb payloads into orbit. Larger satellites will have to rely on conventional rocket technologies, he added.

One advantage, according to experts, is that satellites can be launched from an aerial platform using solid-fuel rockets. Land-based rockets, using liquid fuel, can take days or even weeks to transport the high volumes of fuel necessary for the launch, the paper added. In just 12 hours, solid-fuel rockets can be ready for launch, according to Chinese Academy of Engineering estimates.

Chinese President Xi Jinping has sought to accelerate China’s space development during his tenure. Xi, in 2015, called for the People’s Liberation Army (PLA) to “speed up” military capabilities in space, according to China Daily. Militarizing in this domain is a “need of the times,” he added. A purposeful disinformation campaign may have been waged by the Chinese, however, as in December 2016 the China National Space Administration published a white paper claiming that China will “always” use space exploration only “for peaceful purposes.” On February 14, 2017, Wang Ya’nan, a Beijing-based magazine editor for Aerospace Knowledge, said, “Though China has stated that it sticks to the peaceful use of space, we must make sure that we have the ability to cope with others’ operations in space,” suggesting the PLA will develop technologies to counter the threat of US space capabilities.