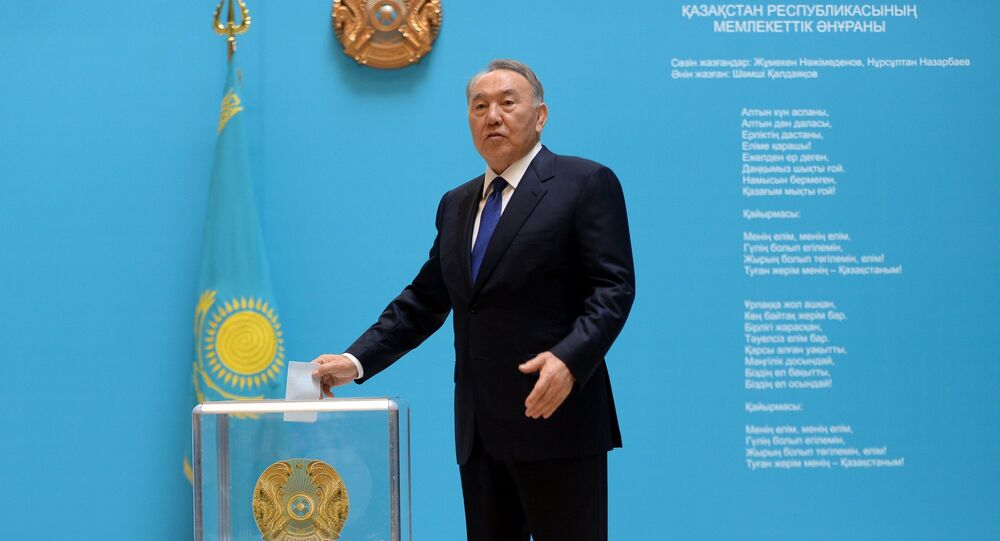 Kazakh Power Redistribution Bill to Be Reviewed by Constitutional Council

President of Kazakhstan Nursultan Nazarbayev has sent a bill introducing constitutional amendments that redistribute powers between the branches of government to the Constitutional Council, his office said Monday.

© RIA Novosti . Sergey Guneev
Kazakhstan Keeps Developing in Own Democratic Way - President
ASTANA (Sputnik) — The "On introducing changes and amendments to the Constitution of the Republic of Kazakhstan" bill passed the joint session of parliament in the second and final reading earlier in the day. Kazakh lawmakers passed the bill in the first reading on Friday.

"Nursultan Nazarbayev, in accordance with Article 72 of the Constitution, requested the Constitutional Council to examine the law for its conformity to constitutional values, the fundamental principles of activity and the form of state rule," the presidential office said.

The Kazakh head of state proposed the redistribution of powers between the president, parliament and government through a special commission in mid-December, while retaining a presidential system.

Nazarbayev has said that the role of the government and parliament would rise following reforms, while the president would play the role of a supreme arbiter.

Kazakh President Vows to Give More Power to Cabinet, Lawmakers