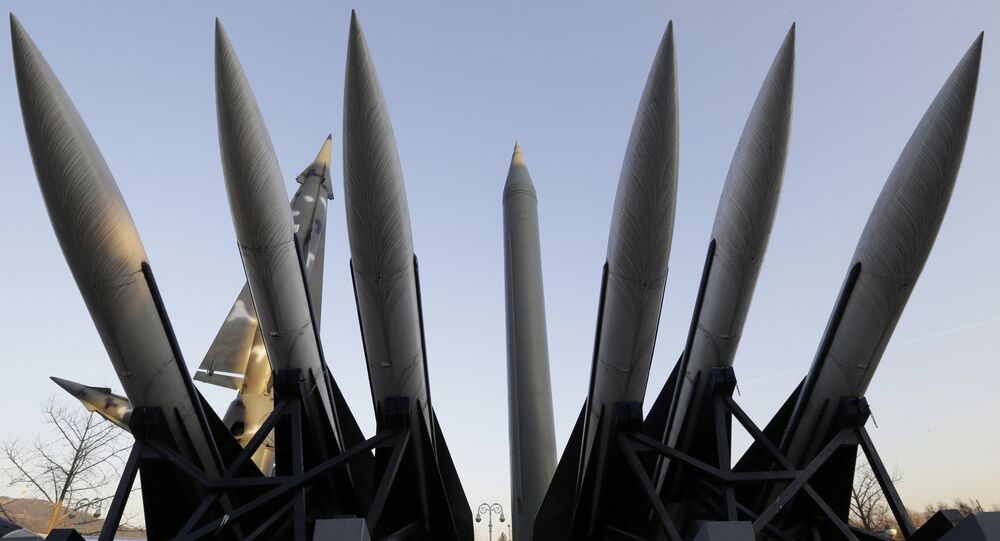 Pyongyang has launched four missiles into the East Sea, the South Korean military said on Monday.

Seoul's Joint Chiefs of Staff estimated that Pyongyang launched "four ballistic missiles" that have covered a distance of over a thousand kilometers before falling into the East Sea, according to the Yonhap news agency.

"We are conducting an analysis (with the U.S.) on the missiles to determine their type and other specifications. It will take a while before we can come up with a final analysis (based on U.S. satellite data)," the JCS said as quoted by Yonhap.

Initially, the JCS said that the DPRK shot an "unidentified projectile" from an area near the country's Dongchang-ri launch site at around 7:36 AM. The missile was said to have fallen into the East Sea after flying over the country.

The DPRK's major newspaper Rodong Sinmun released a news piece on Monday, stating that Pyongyang will boost its military capabilities and develop the means of self-defense in accordance with the country's nuclear status.

​The Monday launches took place amid the joint drills between South Korean and American militaries, indicating an "apparent" protest from Pyongyang, Yonhap noted.

© REUTERS / KCNA/Reuters
US to 'Pay Dearly' If North Korea Listed as Terror Sponsor
Ongoing military training exercises between the US and South Korea have reportedly been called a provocation by Pyongyang, and are scheduled to continue through April.

North Korea's nuclear program has been a source for concern for its closest neighbor, South Korea, as well as for the international community. On February 12, Pyongyang launched a medium-range ballistic missile into the Sea of Japan and declared the test successful. This and a number of previous launches were considered to be in violation of the UNSC resolutions by the United Nations.