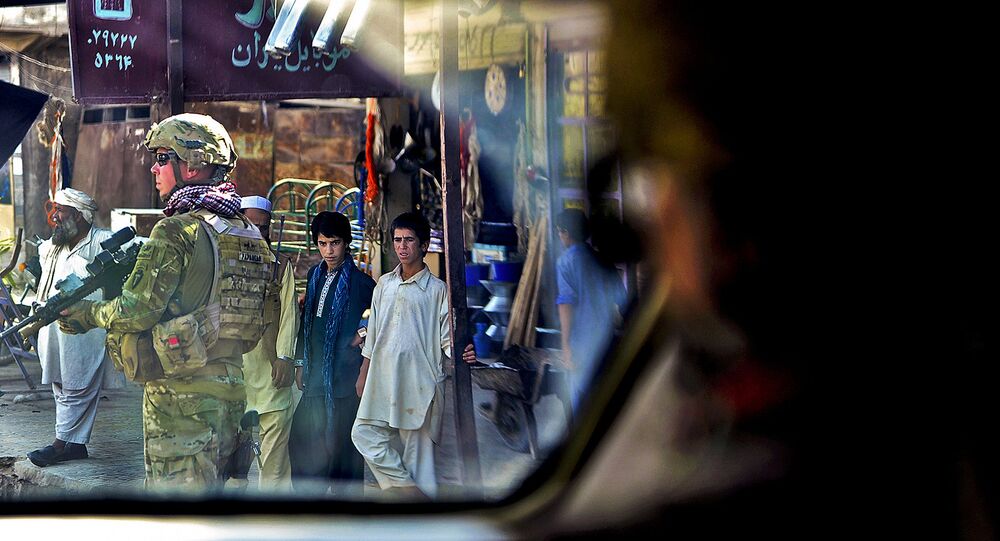 At least nine people were killed and over 20 seriously injured after an airstrike hit a district in Afghanistan's western province of Farah, local media reported Saturday, citing sources in a hospital.

© AFP 2020 / STR
Airstrike Eliminates 20 Taliban Militants in Southern Afghan Helmand Province
MOSCOW (Sputnik) — According to the Pajhwok media outlet, the incident took place on Friday night in the district of Bala Boluk, when the airstrike targeted at Taliban militants (the movement is outlawed in Russia) killed at least nine civilians.

Among the killed there were reportedly children and most of the injured were in a critical condition. The media outlet did not specify, whether the airstrikes were conducted by Afghan or foreign air forces.

Afghanistan had been facing instability for many years with the government troops fighting against the Islamist terror organization Taliban seeking to establish a strict Sharia law in the country. Other terrorist groups, such as Daesh (IS, banned in Russia and other countries) have also expanded their activities both in the country and in neighboring states.

'Still at War': Senator McCain Urges Trump to Boost US Presence in Afghanistan