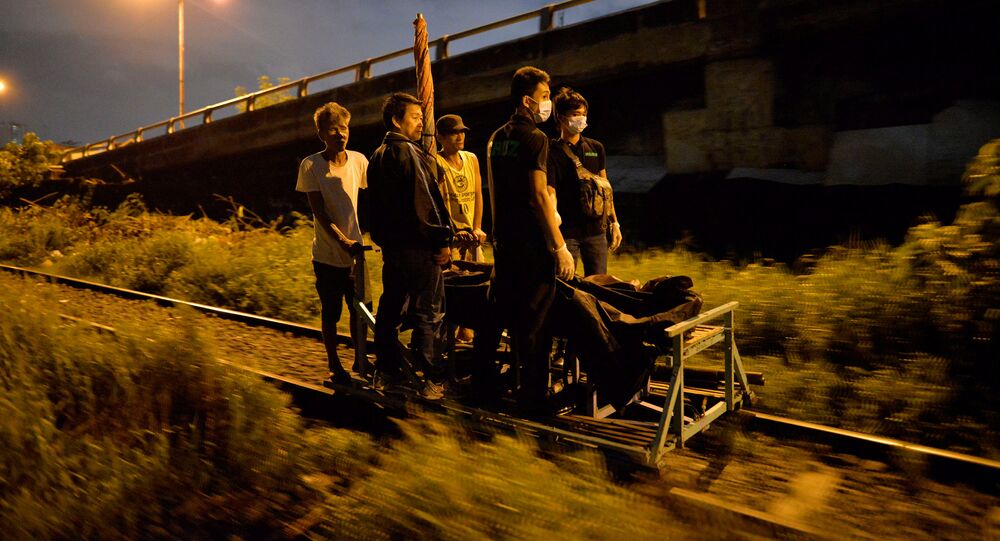 The Philippine leader reiterated his commitment to a bloody war against drugs.

MOSCOW (Sputnik) — The ongoing anri-drug war carried out by the Philippine authorities will result in more deaths of criminals, Philippine President Rodrigo Duterte said on Friday.

"I am committed to stop drugs. This means there will be more killings because [criminals] really fight back. It won't end tomorrow," Duterte said, as quoted by The Philippine Star newspaper.

© AP Photo / Bullit Marquez
Philippines' President Duterte Admits He Has Family in Daesh, Vows to Go After Them
The president added that the government knew about involvement of numerous police officers and village chieftains in the drug-related activities and warned that they could be killed.

Duterte was sworn in on June 30, 2016, and immediately launched an anti-drug campaign, vowing to end criminality in the country. Thousands of people have been killed during police anti-drug operations. The situation surrounding the killings has already been criticized by international officials, including UN High Commissioner for Human Rights Zeid Ra’ad Hussein.