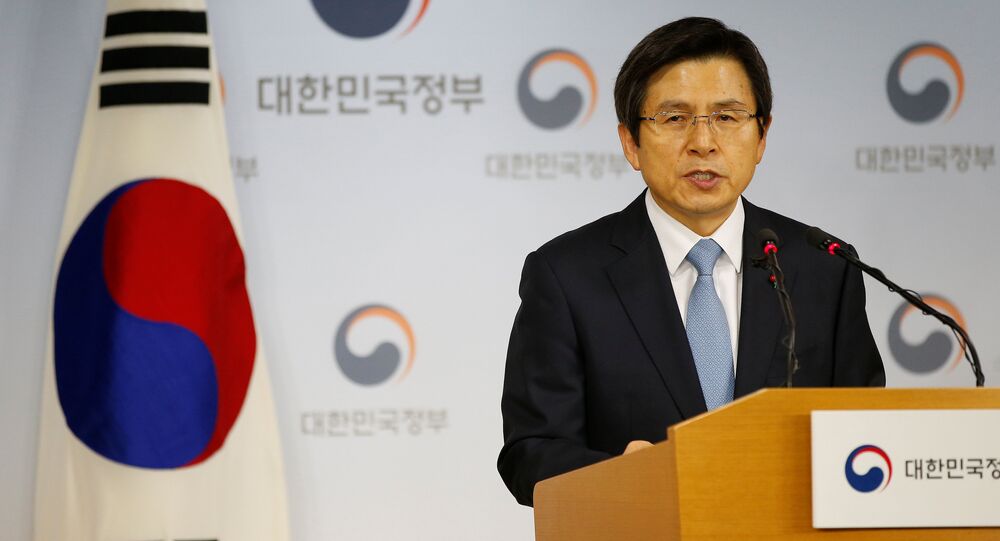 South Korea’s Acting President Hwang Kyo-ahn pledged on Wednesday to take a hard line on the North, saying it would answer for its provocations, local media reported.

MOSCOW (Sputnik) — Speaking during a televised speech in Seoul, Hwang said that Seoul, relying on Washington's support, "will strongly punish any provocations and threats from North Korea."

Boeing
US, South Korea Stage Massive Military Drills to Warn Off North
North Korea has conducted a number of missile launches in the past months as well as its fifth and biggest nuclear test last September, prompting tighter sanctions from the United Nations.

US and South Korean militaries launched two-month war games earlier in the day, codenamed Foal Eagle. The Korean defense minister said the annual exercise would be on par with last year’s historic event.

In turn, US Defense James Mattis reassured Seoul of Pentagon’s steadfast commitment to the security of its allies, saying any use of nuclear weapons against South Korea would be met with an effective response.