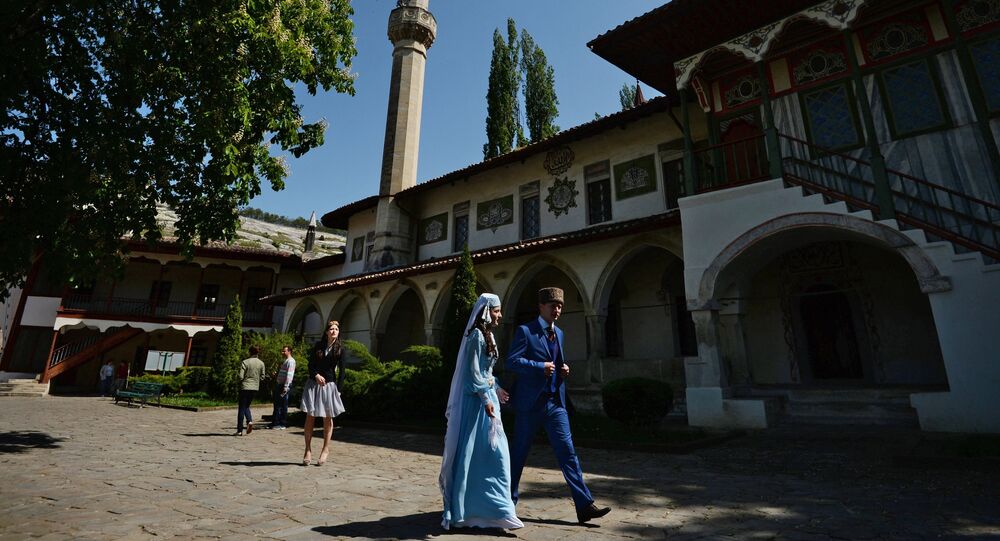 MOSCOW (Sputnik) – Earlier this month, the Crimean Tatar civil movement Kyrym called on the UN General Assembly and the European Parliament to recognize the declaration of independence of the Republic of Crimea and its free association with Russia.

"Of course, Crimean Tatars are a very sensitive issue for us, because it is a related nation … Turkey cannot intervene in the internal issues of Russia. But we know that Crimean Tatars are facing some pressure in Crimea now and we try to get this message to the Russian authorities," Cevik said.

© REUTERS / Umit Bektas
Ankara Pays Close Attention to Ensuring Rights of Crimean Tatars - Erdogan
Crimean Tatars, a Turkic ethnic group, were deported en masse to Central Asia by Soviet leader Joseph Stalin 70 years ago. Although many of them returned in the early 1990s, they were unable to reclaim the land they had possessed before their deportation.

In April 2014, following Crimea's reunification with Russia, Russian President Vladimir Putin signed a decree on the rehabilitation of Crimean Tatars who suffered during Stalin-era repressions. Currently some 260,000 Crimean Tatars live on the peninsula. According to Crimea's constitution, the official languages of the republic are Russian, Crimean Tatar and Ukrainian.

Poroshenko to Give Crimean Tatars Right to Self-Determination