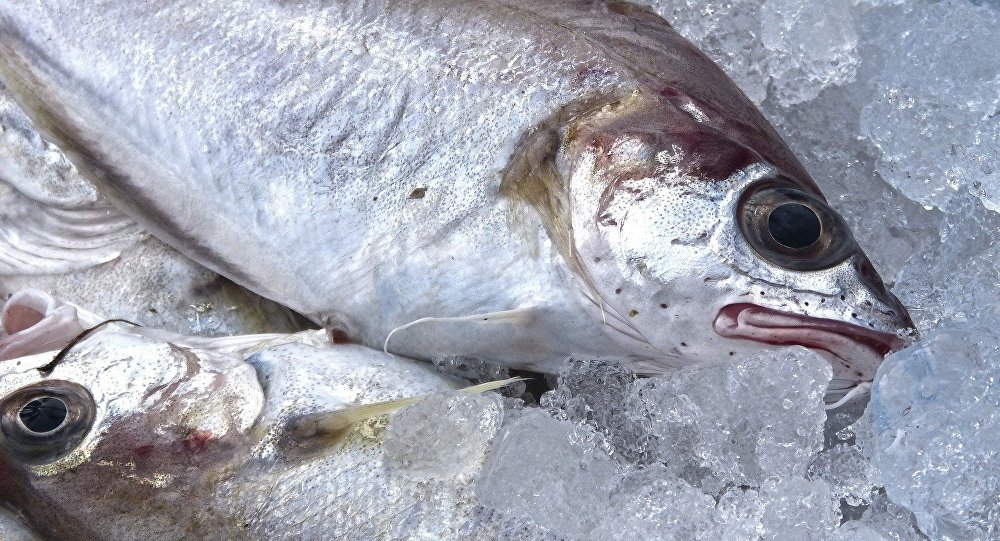 Australia’s plans to release a herpes virus into the nation’s largest river system to control the carp population has divided the scientific community. The $15-million program could endanger global food security and cause “catastrophic ecosystem crashes,” according to British environmental scientists.

To reduce carp overpopulation in the Murray-Darling river system, which provides water to nearly 60 percent of Australians, the Canberra government introduced the National Carp Control Plan (NCCP), and enlisted the Commonwealth Scientific and Industrial Research Organisation (CSIRO) to identify a solution. After seven years of research, CSIRO concluded that a koi herpes virus would effectively reduce the carp population, without endangering other animals in the Murray-Darling network of waterways.

But a team of University of East Anglia researchers strongly disagree. Dr Jackie Lighten and Professor Cock van Oosterhout say the "irreversible high-risk proposal" could have "serious ecological, environmental, and economic ramifications." They also do not agree with the assertion that the use of a disease vector to control overpopulation will be an effective long-term solution.

No amount of laboratory testing can "rule out the possibility of cross-infection," they stated in Nature Ecology and Evolution. Furthermore, it is likely that the koi herpes will rapidly mutate, evolving to infect additional species that are presently immune.

There is also a risk of the disease spreading elsewhere in the world, which would impact the global food supply. Carp is the most-farmed fish in the world, with 4.4 million tons farmed for human consumption in 2013.

Lighten and van Oosterhout say that such measures are far riskier to use against carp. "Compared with the biocontrol of terrestrial vertebrates, the biocontrol of large, highly fecund aquatic animals such as carp adds novel risks," the East Anglia team wrote.

NCCP coordinator Matt Barwick, affectionately nicknamed "The Carpinator" by Deputy Prime Minister Barnaby Joyce, said that the concerns of Lighten and van Oosterhout are under examination. He claimed that they would continue to test to see if the virus affects other species, arguing that the spread of koi herpes would not endanger other carp populations because the disease was already present elsewhere in the world.

"This virus is now found in almost every river and lake system in Japan, and in another 32 countries," he told The Guardian Australia. "Despite that, the only species that this virus has been detected to cause disease in is the common carp. In these countries they are sharing a waterway with other species of koi, very closely related to the common carp, and those other species haven't contracted the virus."

© AFP 2019 / TORSTEN BLACKWOOD
Where Everything is Trying to Kill You: Australia Was Even Deadlier Before Humans Hunted Megafauna to Extinction

Something both Barwick and the East Anglia team do agree on is that the hundreds of billions of carp killed by the virus would taint the water supply and destroy aquatic ecosystems with their rotting flesh. Barwick said the NCCP is searching for a solution to this problem. "There will be no release of the virus by government agencies until this work has been completed," Barwick said.

The program might need an additional $50 million to clean up the results of the solution, he said, but asserted that it would be worth the expense. "Carp can cause damage of up to $500 million per year by lowering water quality of water supplies, damaging wetlands, impacting upon agriculture, commercial and recreational fisheries, regional tourism industries, and harming native fish populations and river health," Barwick told Adelaide newspaper The Advertiser.

When Europeans arrived on the Australian continent, they brought several species from their home countries. One species was the common carp, a diet staple. Omnivorous, fast to reproduce, and growing to impressive sizes, carp now make up 90 percent of biomass in the Murray-Darling river system. Not only are the carp driving native species to extinction, they are damaging the entire river system.

Ecologist Dr. Susan Lawler, with Latrobe University and an expert on the Murray River, said that native fish populations are doomed if nothing is done, so the risks of releasing the virus are necessary. Drastic measures, she says, are needed to put an end to what she says is an "ecological disaster."