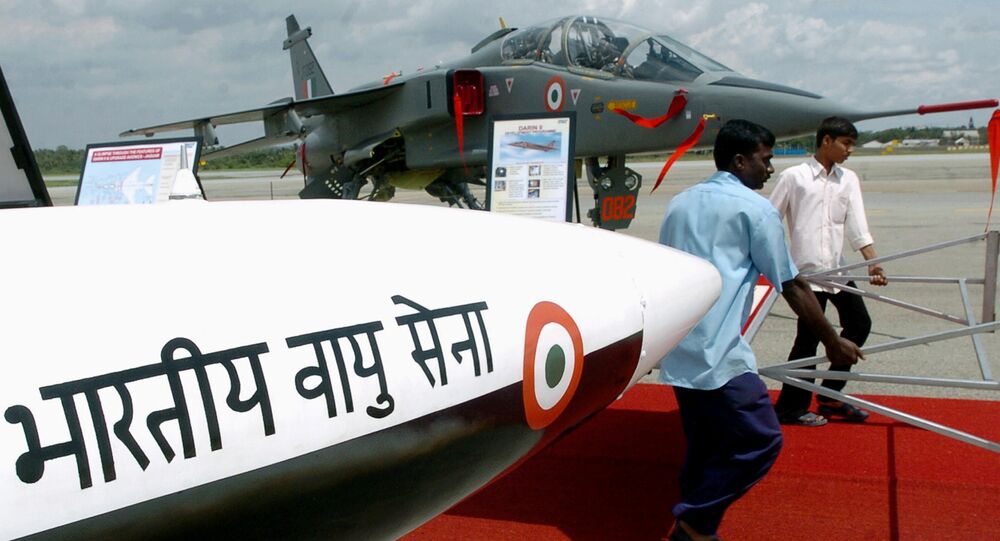 “HAL desires to select risk sharing partners for development of specific technologies/systems to meet the overall requirement of developing the Unmanned Helicopter,” reads a document published by HAL.

HAL and Malat solution, a unit of Israel Aerospace Industries, were involved in developing rotor craft project since 2008 which did not yield the desired results.

© AP Photo / Biswaranjan Rout
Indian Navy Learning to Combat Chinese Submarines in Major Drill
It is considered that Indian Navy has forced HAL to complete, if possible, the project in fixed timeline as it urgently needs such rotary UAV for futuristic warfare.

“Indian Navy plans to induct strategic unmanned systems, including a fleet of high-altitude long-endurance (HALE) maritime UAVs as well as rotary-wing tactical UAS. In some ways, the growing propensity of navies for autonomous operations is a reflection of the growing tensions in Asia-Pacific. The unprecedented rise in surveillance platforms deployed in the South China Sea, particularly China’s deployment of high-tech drones, such as the Harbin BZK-005, has reinforced a perception in New Delhi that Chinese future military operations will focus on dominating Asia’s littorals,” says Indian Naval Commander Abhijit Singh(retired) of Delhi based think tank ORF.

HAL has produced Pilotless Target Aircraft (Lakshya) and is involved in maintenance of MALE & Tactical categories of UAVs. In addition HAL has designed indigenous mini UAV, which is undergoing extensive flight trials.

© Photo : Youtube/Himfact
India Increases Bargaining Power as Home-Made Military Drone Passes First Test
In proposed rotary UAV project, the development partner would bear the cost of executing his scope of work. HAL plans to approach potential customers namely Indian Navy, Indian Coast Guard and others, after successful development of the Technology Demonstrator, for obtaining development and production orders. Development cost will be shared in agreed proportion between the partners from sale of Rotary UAVs.