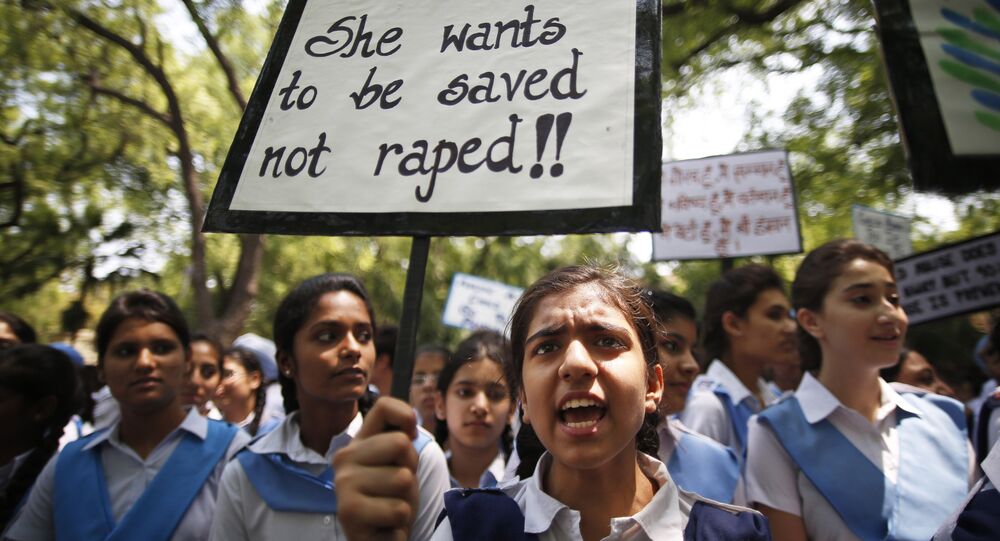 Indian state of Kerala has started a record book of sex offenders on the lines of those maintained in western countries. Narendra Modi government has started a consultation to set up similar registry at national level, which is expected to be finalized very soon.

© Flickr / Victor
New Year’s Mass Sexual Assault of Women in India’s Tech Hub Causes Outrage
New Delhi (Sputnik) – To keep track on perpetual sexual offender, India’s southern state of Kerala has announced to set up a registry of sex offenders, first of its kind in history of the country. Kerala, most literate state of India, was witnessing high decibel uproar after a leading Malayalam actress was abducted five days back and molested in her car by a gang of seven people. Registry will contain the names and details of sexual offender including people involve in some kind of molestation. Records will be kept in the public domain.

“To ensure deterrence, my government will set up a sex offenders' registry which will maintain all identification details of sex offenders. It will be the first in the country and will be kept in the public domain,” says P Sathasivam, Kerala governor.

State government claims that registry would enable job providers of the country in profiling their prospective employees and law enforcement agencies to keep an eye on offenders’ activities.

“Government will set up all women police stations at the local levels. My government has already started the first women battalion this year and is committed to increase women’s share in the force to 15% and believe it should be 50%,” the Governor said.

First of its kind! #Kerala to launch registry of #sex offenders to become #India's first state to take this #revolutionary step!@UrbanMyth3 pic.twitter.com/h8tjvpzP2H

​Narendra Modi government had also started consultation for sex offender list at national level last year which will include the details of the offenders with their photographs, addresses, PAN card details, biometric Aadhaar card number, fingerprints and DNA samples.

“Draft guidelines on the proposal to set up Sex Offenders Registry in India are under preparation in consultation with relevant Ministries/organizations, before they are put out for wider consultation with the State governments and the public,” said India’s Minister of State for Home Affairs Kiren Rijiju last year.

However, Central government has expressed its concern over publicizing the details of the offenders. Indian government data says that there are more than 330000 cases of crime against women reported in India I. 2015. Many of the cases did not get reported due to societal prejudice.