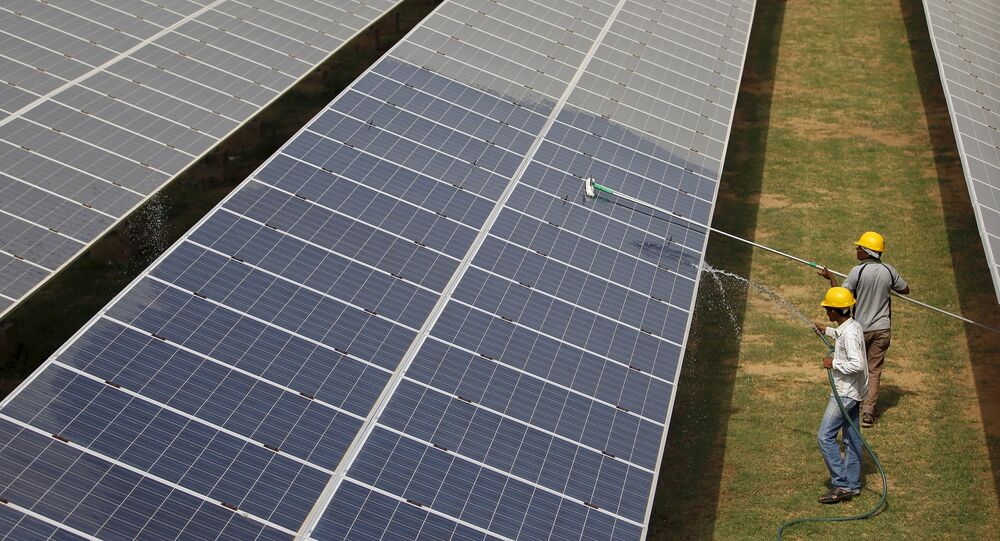 In its continuing bid to go solar, India has announced that 7,000 railway stations across the country will be converted to solar power. The government intends to pay for these and other renewable energy sources through a tax on coal, part of an initiative to increase India’s solar capacity from 9 gigawatts (GW) in 2017 to 100 in 2022.

Currently, 300 stations have been equipped with rooftop solar panels, according to Finance Minister Arun Jaitley, who spoke at the presentation of the national budget on February 1. By the time the conversion is complete, 98 percent of India's train stations will be solar powered.

To make the initiative a reality, Indian Railways (the state corporation that operates India's trains and rail lines) will be signing power-purchase agreements with the private companies constructing the solar panels.

To pay for these solar platforms, as well as other renewable energy sources, India has collected $1.8 billion in taxes on coal. The tax applies to both coal mined in India and imported from elsewhere.

The revenue from the tax has also gone to efforts to clean drinking water and the conservation of India's forests. In total, India has collected about $8 billion from the coal tax, about 40 percent of which has gone to the National Clean Energy Fund (NCEF).

Earlier in February, New Delhi announced that they would move 20 GW of solar energy away from planned rooftop panels, to solar parks instead. This includes a gigantic $200-million solar-power park in Mehboobnagar, the largest solar energy-collector in the world.