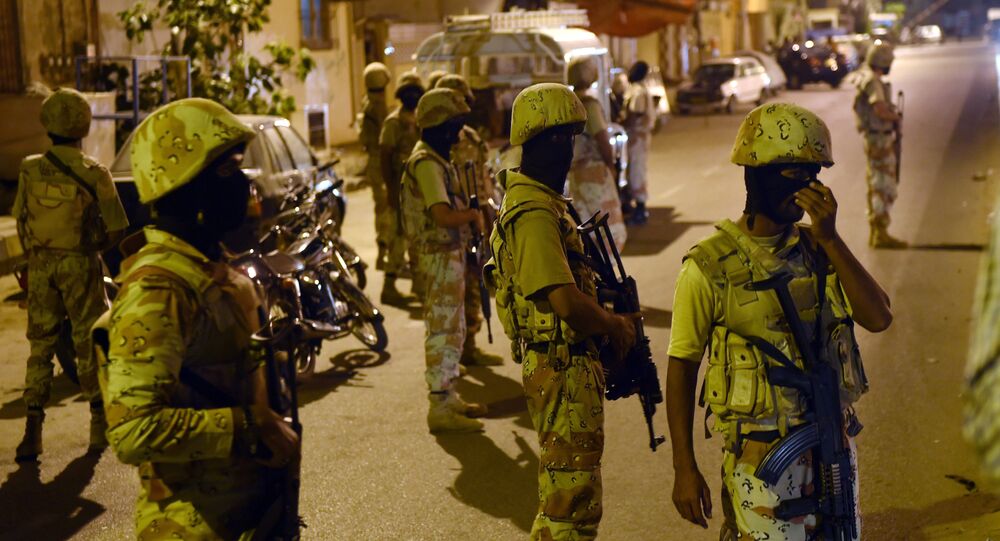 Eight militants were killed during a special operation in an eastern area of the Pakistani city of Karachi, according to local media.

NEW DELHI (Sputnik) – Pakistani police eliminated eight militants during a special operation carried out in an eastern area of the city of Karachi, local media reported Wednesday, citing a representative of local police.

Grenade Blast Injures 12 in Pakistan's Karachi
The police carried out the operation after receiving information that a leader of Tehrik-e-Taliban militant group, Gul Zaman, was in Karachi's Malir area, the Geo TV broadcaster said. Zaman, who was reportedly planning a terror attack on Karachi, and seven other militants, including a member of Jamat-ul-Ahrar extremist group, were killed in the raid.

The broadcaster noted that a laptop bomb was found during the operation among other weapons.

Jamat-ul-Ahrar claimed responsibility for Tuesday attack on a court complex in northern Pakistan that killed eight people and injured 25 others.

Pakistani police have intensified efforts in combating terrorism following deadly a terrorist attack on a shrine in the Pakistani southern city of Sehwan that was carried out on February 16, claiming lives of over 80 people.