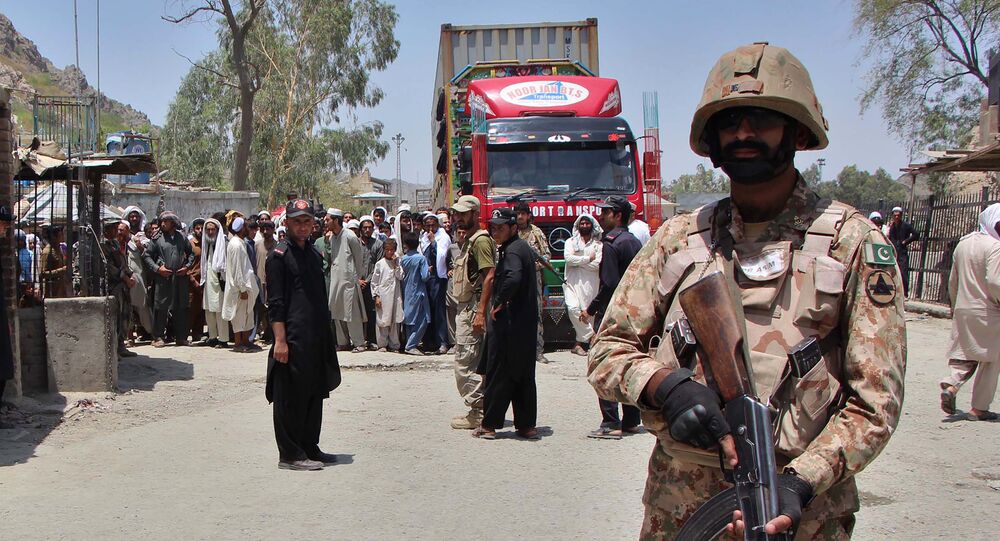 Pakistan moved its heavy artillery to the border with Afghanistan and increased patrols in the area to beef up border security against terrorist attacks.

NEW DELH (Sputnik) — The move of the artillery to the border in Chaman and Torkham districts, increase in patrols and the shutdown of the crossing for an indefinite period of time are meant to curb illegal movement from one country to the other and preserve the security in the area, Express Tribune newspaper reported on Monday, citing security sources.

According to the newspaper, militants from a terrorist group that might be behind recent attacks in Pakistan, fled to Afghanistan after the Pakistani military destroyed their camps on the Torkham international border.

Earlier on Monday, Maj. Gen. Asif Ghafoor said that a high level security meeting chaired by Chief of Army Staff Gen. Qamar Javed Bajva was held at the general headquarters of the Pakistan Army. According to Ghafoor, Bajva "welcomed recent proposals from Afghan authorities to take forward the mutual coordination" on joint fight against terrorism.

On February 16, an attack on a shrine in the Pakistani southern city of Sehwan resulted in at least 70 deaths and left about 150 people wounded.

According to media reports, the Daesh terrorist organization, outlawed in Russia and many other countries, claimed responsibility for the attack.