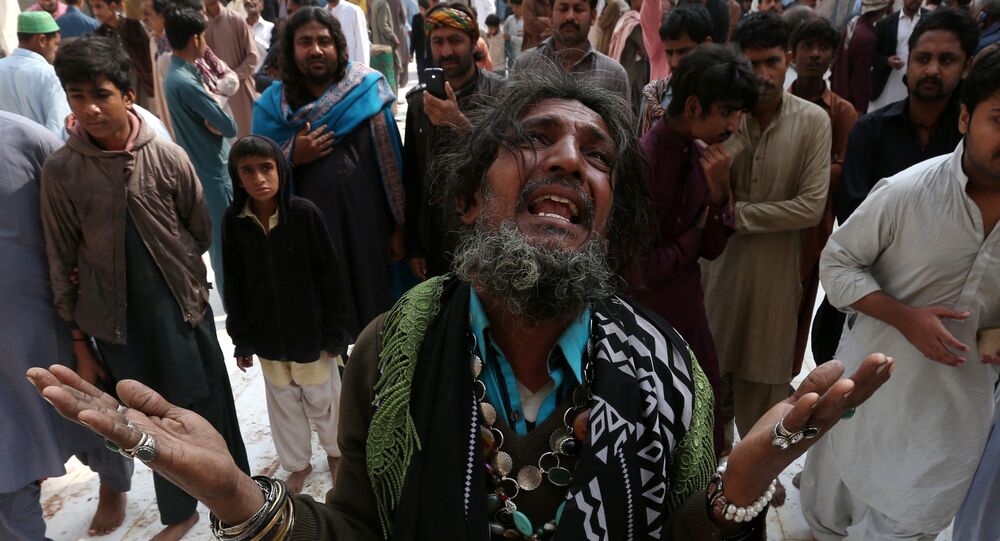 Seven militants were eliminated in a separate incident in the Sindh’s Kathore area, the media outlet said.

In the Khyber Pakhtunkhwa province’s capital of Peshawar, three militants were eliminated after they opened fire as their car had been stopped by security personnel. Other 12 militants were killed in separate incidents in the Balochistan province’s capital of Quetta, Khyber Pakhtunkhwa’s cities of Dera Ismail Khan and Bannu as well as in Orakzai Agency in the Federally Administered Tribal Areas.

Earlier on Friday, Maj. Gen. Asif Ghafoor, spokesperson of Pakistan Armed Forces, said that officials from the Afghan embassy were given a list of 76 terrorists wanted by Islamabad.

On Thursday, a suicide attacker staged an explosion at the shrine of Hazrat Lal Shahbaz Qalandar in the Sindh’s city of Sehwan Sharif leaving at least 76 people killed and over 250 injured.

According to media reports, the Daesh terror group, outlawed in Russia as well as many other countries, claimed responsibility for the attack.