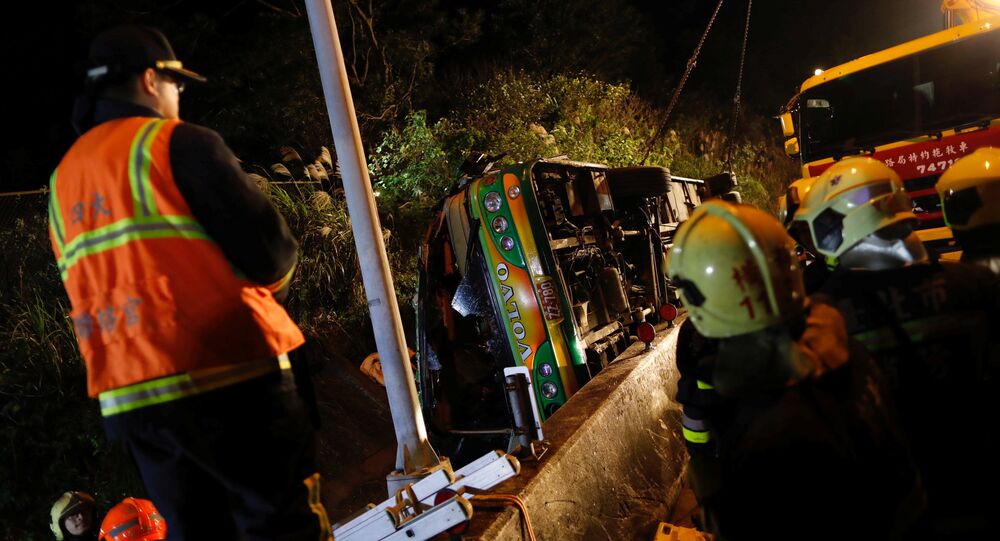 At least 32 people died and 16 were injured as a result of a tour bus flipping over in the Nangang District of Taipei in Taiwan on Monday.

BEIJING (Sputnik) — The bus was carrying 45 people on board, including a driver and a guide, when it turned over on a ramp, Taiwan’s Central News Agency reported, citing rescuers. Among the victims, 30 people died at the scene while two died in the hospital.

© Flickr / Jerome Bon
At Least Four Killed by Avalanche in French Alps
About 200 rescuers and firefighters continue working at the scene, pulling people out from the wreckage. Several ambulances stay at the scene.

There were reportedly only local tourists with no foreign nationals who were coming from Taichung.

According to preliminary data, the driver might have lost control of the bus, the police said. However, the exact reason is not known yet. The highway where the accident took place is partially closed.

Death Toll of Bus Crash in Northern Italy Increases to 17