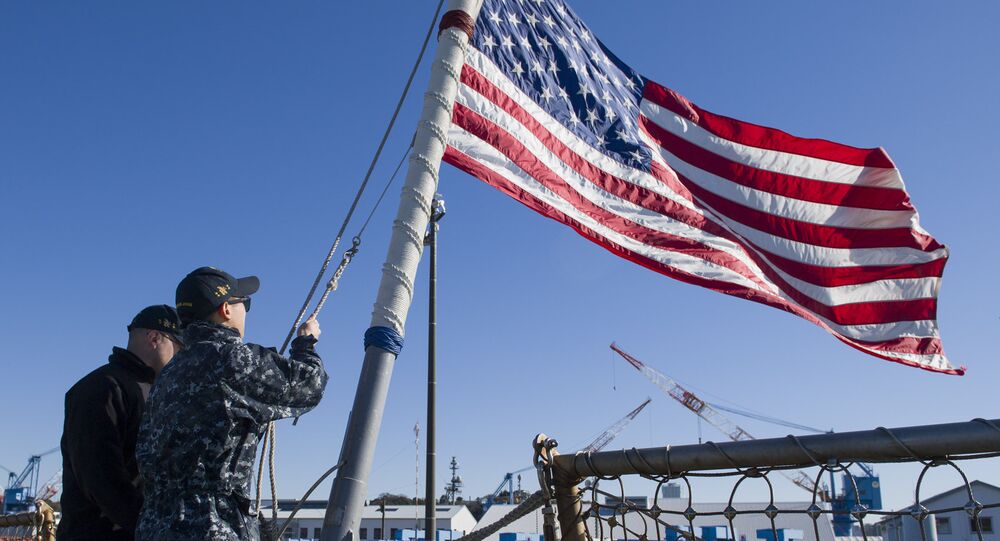 US is concerned about India’s unwillingness to implement Logistics Exchange Memorandum of Agreement (LEMOA), military bases sharing agreement, which was signed in August 2016. Meanwhile, US has started tying up with Indian shipyard for repairing and alternation services for hundreds of naval vessels.

© AP Photo / Gurinder Osan
India Not in a Hurry to Sign Foundational Defense Agreements With the US
New Delhi (Sputnik) — Furthering progress on key military bases sharing agreement, US Navy has chosen Indian company for repair and alteration services for warships of the largest forward-deployed Seventh Fleet operating in the region. "Reliance Infrastructure Limited (RInfra) controlled Reliance Defense and Engineering Limited (RDEL) has signed the Master Ship Repair Agreement (MSRA) with U.S. Navy. Earlier in January 2017, the Reliance Shipyard was qualified by U.S. Navy as an approved contractor to perform complex repair and alternation services for the U.S. Navy's Seventh Fleet vessels operating in the region," reads a statement send by Reliance Defense and Engineering on Monday.

Seventh fleet of US Navy operates in Indian Ocean and Western Pacific. There are roughly 5,070 ships and submarines, 140 aircraft and approximately 20,000 sailors under its command.

Currently, the vessels of US Navy's Seventh Fleet visit Singapore or Japan for such works.

© AFP 2020 / Mandel NGAN
US Defense Secretary Calls India’s Counterpart, Vows to Push Defense Cooperation
India and the United States had signed the Logistics Exchange Memorandum of Agreement (LEMOA) on 29 August last year but India has not issued executive order which is necessary for implementation of LEMOA. LEMOA is a facilitating agreement that establishes basic terms, conditions, and procedures for reciprocal provision of Logistic Support, Supplies, and Services between the armed forces of India and the United States. Last week, in a telephonic conversation with Indian Minister of Defense Manohar Parrikar, US Secretary of Defense James Mattis had asked India to expedite the talks on concluding two others foundational defense agreements as well. These two pacts are Communication and Information Security Memorandum of Agreement (CISMOA) and Basic Exchange and Cooperation Agreement (BECA). But, Indian government has clarified several times that it is not in hurry to go ahead with CISMOA and BECA.
...
Reddit
Google+
Blogger
Pinterest
StumbleUpon
Telegram
WhatsApp
88