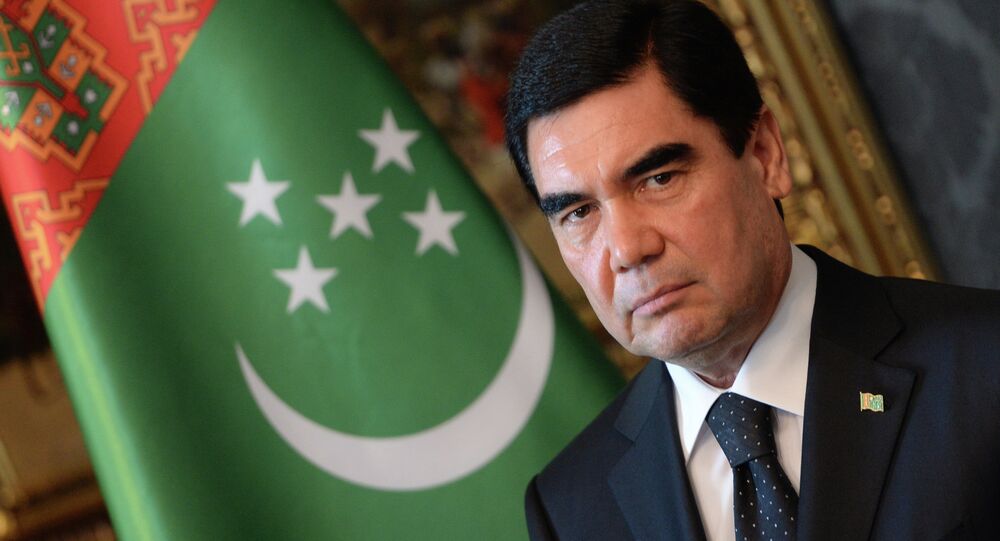 Voting for president began Sunday in Turkmenistan, with the incumbent leader largely expected to hold on to his post.

© Flickr / sunshinecity
Turkmenistan Limits Gas Supplies to Iran Due to Debts
ASHKHABAD (Sputnik) — Voting for president began Sunday in the former Soviet republic of Turkmenistan in Central Asia, with the incumbent leader largely expected to hold on to his post.

Some 3.2 million Turkmen voters are eligible to cast their ballots. There is no turnout threshold in order for the voting to be considered valid.

Sitting President Gurbanguly Berdymukhamedov, a clear favorite, is running for a third term. There are seven other candidates beside him, including a lawmaker, several government officials and agricultural business heads.

A revised Turkmen constitution was adopted last September ahead of the election, abolishing the age cap of 70 years for presidential candidates and extending the term in office from five to seven years.

Turkmenistan, Saudi Arabia On the Way To Mutual Cooperation

Russia Interested in Joint Fight Against Terrorism With Turkmenistan

US Starts Building Huge Embassy Complex in Capital of Turkmenistan