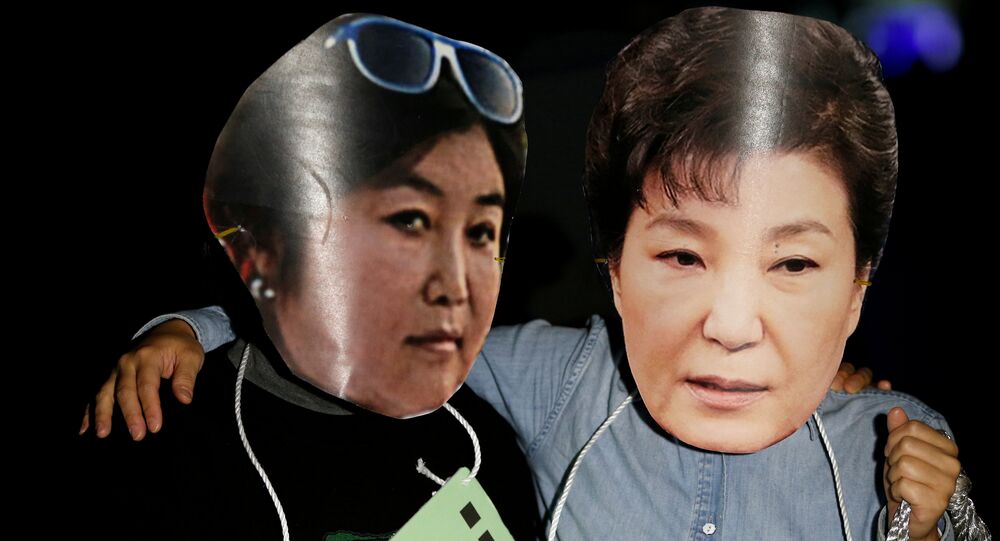 Choi is accused of unjustly admitting and helping pad the grades of the daughter of Choi Soon-sil, around whom the pervasive corruption charges center.

Choi Soon-sil, the crux of the scandal, is accused of using her long friendship with Park to peddle influence and win favors, as well as of directly influencing South Korean policies despite having no official position in the government. Opponents of President Park also claim Park showed Choi secret documents she had no clearance for.

Choi Kyung-hee, the head of the university, has so far denied all allegations. A court denied an earlier arrest warrant for her, saying there was no need to keep her in detention.

The investigation of the scandal has stalled recently, as the prosecutors seek to search the Presidential Residence, the so-called Blue House, while Park's aides refuse to admit them, citing a law that prevents searches of places that contain classified information.

Park's opponents claim the investigation is being delayed on purpose, as if it reveals no new evidence within a month, her impeachment will be nullified by law.

US Approves $140 Million in Missile Sales to South Korea