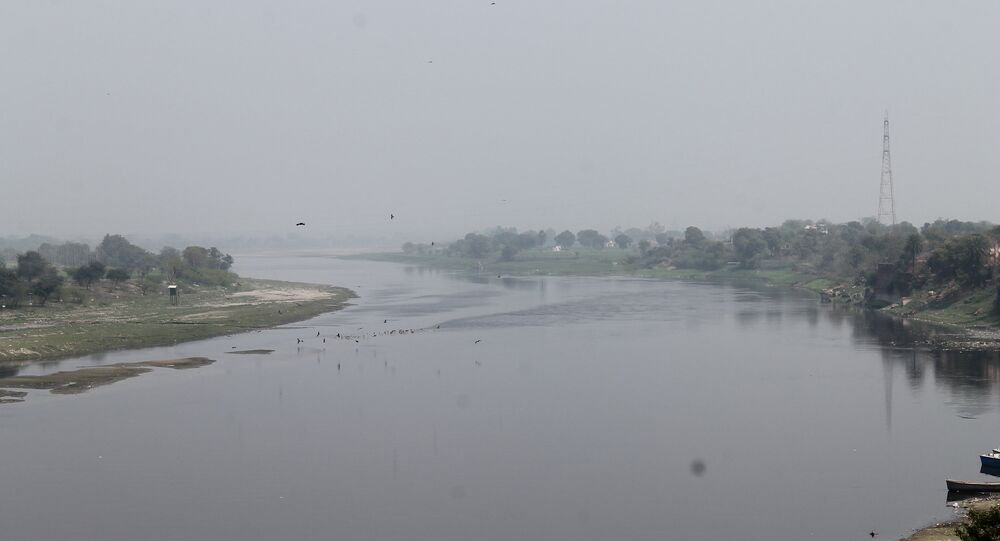 Israeli Firm Comes to Rescue of Toxic Drain in Delhi

An Israeli firm with specialized knowledge in Phytoremediation, a technique that uses shrubs to remove and destroy contaminants in soil and water and constructed wetlands, has been outsourced the task to clean a major drainage dumping effluents in the Yamuna river.

© AFP 2021 / SAM PANTHAKY
Reversing the Brain Drain: India’s 'Science Cities' On the Way
New Delhi (Sputnik) — An Israeli firm has been outsourced the task to clean up a major drainage stretch linked to the Yamuna river by the government of national capital Delhi. River Yamuna is considered one of the most polluted in the country with almost the entire household and industrial effluents of the national capital region being dumped in it.

Israeli firm Ayala Water and Ecology Ltd, which is famous for its water purifying and desalinization technology, will come up with a detailed plan to clean up the Bhalswa to Surghat stretch of the supplementary drain, an eight-kilometer stretch of one of the most polluting drains that empties into the highly-polluted Yamuna river.

“The report will be prepared in the next four months. We have chosen the supplementary drain to begin with and plan to expand the project further. It can be considered a big step as the drain has a capacity of 180 million liters per day (MLD),” said Kapil Mishra, Delhi's water minister.

© Sputnik / Anton Denisov
India, Israel Among Five Teams Fighting For First Private Moon Landing
The company has expertise in ‘Phytoremediation’, that uses shrubs to remove and destroy contaminants in soil and water, and ‘constructed wetlands’, which is also a natural method to cleanse water.

Supplementary is among the four big canals that join the Yamuna in Delhi where it traverses a distance of about 46 kms. Other drains that are linked to Yamuna are the Barapula, Shahadara and Najafgarh drains.

The Israeli firm is already working on projects in other Indian cities, including Hyderabad and Chennai, offering Israeli technology to help address water and ecological challenges.

“As we celebrate 25 years of growing partnership, we are glad to offer Israeli technology integrated in government initiatives for the benefit of the Indian citizen. This is another example of the multifaceted partnership between India and Israel,” said Daniel Carmon, Israeli Ambassador to India, quoted the Press Trust of India.