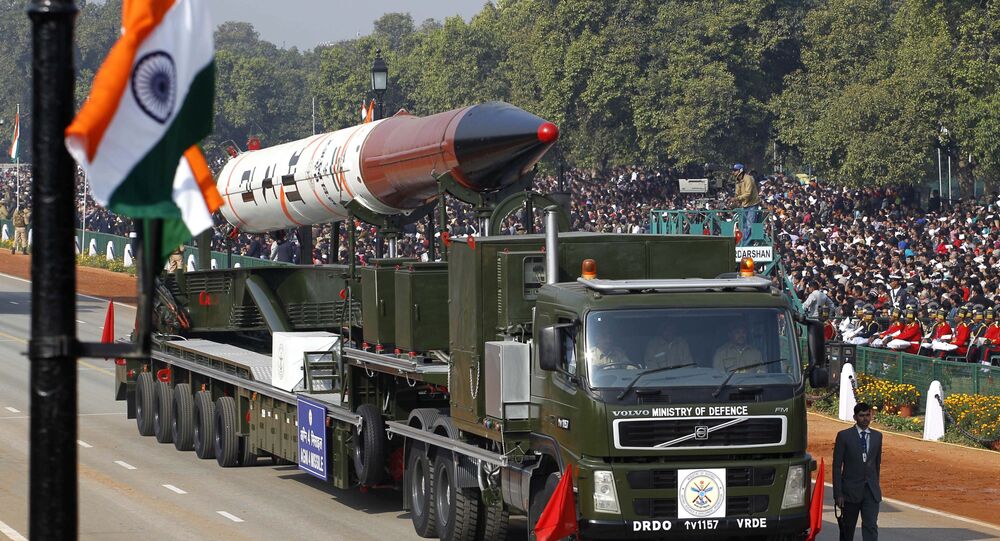 Ministry of External Affairs rubbished Pakistan's claims of that India is building a secret nuclear city in the south of India and developing Inter-Continental Ballistic Missile.

© AFP 2021 / SAUL LOEB
Nuclear Terror Detection Network Expands to US City of Chicago
New Delhi (Sputnik) — Reacting on the Pakistan Foreign Office statement, Indian Ministry of External Affairs spokesperson told media that, "These are completely baseless allegations. The so-called secret city appears to be a figment of Pakistan imagination. India has always been in compliance with all its international obligations. This is a very strange statement coming from a country that (a) does not have a separation plan and (b) has a strong record of proliferation which is well known to the world. India has very different credentials. So clearly this shows a lack of comprehension."

"Furthermore, there is no doubt that this is a diversity tactic by Pakistan which aims to deflect attention from the real issue at hand — the continued state sponsorship of terrorism by Pakistan and its harboring of internationally designated terrorists," Ministry of External Affairs Spokesperson Vikas Swarup added.

Earlier on Thursday, Pakistan claimed that India is building a secret nuclear city in its southern part.

"India is building a secret nuclear city. It has accumulated a stockpile of nuclear weapons which threatens to undermine the strategic balance of power in the region," Pakistan Foreign Office Spokesperson Nafees Zakaria said.

Citing a study published by the Islamabad-based Institute of Strategic Studies, the Director General Disarmament at the Pakistan Foreign, Kamran Akhtar said that, "India has sufficient fissile material and the technical capacity to produce between 356 to 492 nuclear bombs."

"There is fear that the Indian reactors not mandated by the safeguards might be used clandestinely for plutonium production and the existing stockpiles might be diverted to a military program at a subsequent stage," Kamran Akhtar further added.

India is trying to get into the elite club of Nuclear Suppliers Group on the basis of its strong proliferation record.