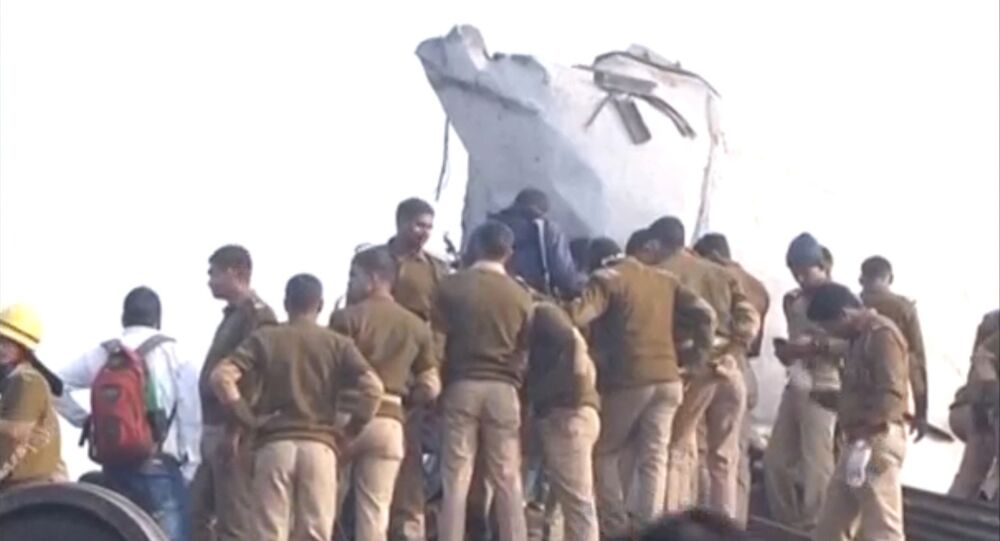 Saudi Arabia deported Shamsul Hoda to Nepal, a suspected Pakistani intelligence operative, who is alleged to have planned a railway derailment last November in India.

New Delhi (Sputnik) — A special police team of Nepal has arrested Samshul Hoda along with three others who have been prime accused in Kanpur rail derailment case whereas more than 150 Indian have lost their live last November.

© East News / AP
India Looks to Europe, China for Help Revitalizing Railway Stations
Three other persons have been identified as Brij Kishor Giri, Ashish Singh and Umesh Kumar Kurmi. Indian investigative agencies have claimed that accident was planned by them on behalf of foreign spy agencies. Nepal police led by Deputy Inspector General of Police (DIG) Pashupati Upadhyaya said that Hoda is also accused in a twin murder in Bara district of Nepal.

“Nepal Police will also work in close coordination with the Indian Police for Hoda's alleged involvement in criminal activities in India,” he said.

“Hoda is a Nepalese national based in Dubai. He was in touch with Brij Kishor to execute alleged ISI plot to cause train mishaps in India with IEDs,” says National Investigative Agency sources.

Hoda is currently in the custody of Nepal police and Indian agencies are working to bring him back to Delhi. Indian police had also arrested three persons in the rail derailment connection in January this year. From them, Indian investigative agencies had received input that connects foreign spy agency link to the November 20, 2016, train disaster.