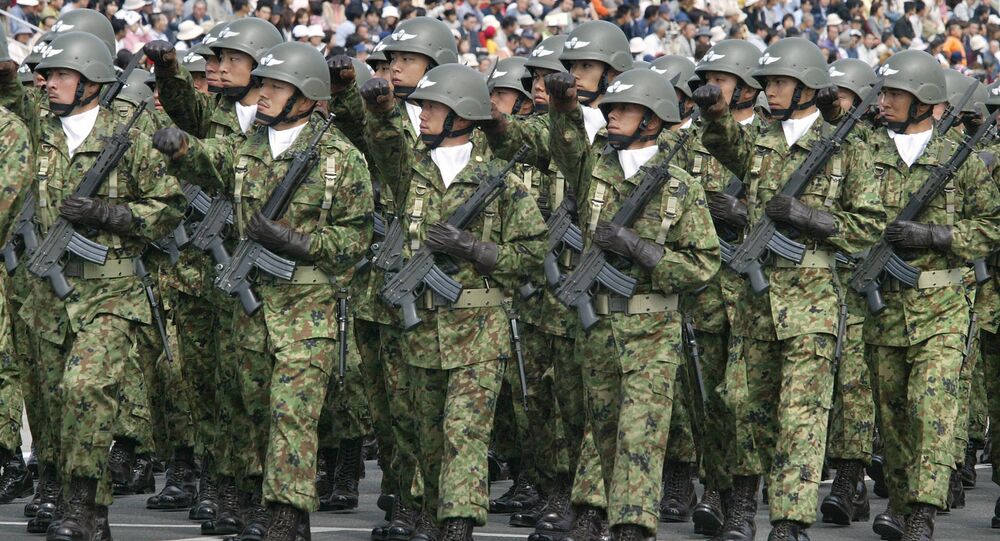 No Thanks: Japan Rules Out Participation in Anti-Daesh Operations

MOSCOW (Sputnik) — Inada said Tokyo excludes the possibility of Japanese forces taking part in operations against Daesh, as well as of sending military ships to the South China Sea in case of escalation in the region.

"As for the fight against the IS [Daesh], our Self-Defense Forces will not take part in it," the minister said in her interview with the NHK channel, adding that the country's ships will not be deployed to the South China Sea as well.

Daesh, which is banned in a number of countries around the world emerged in 2014 amid ravaging wars in the Middle East. The group, known for it atrocities, has claimed large swaths of land in Iraq and Syria, proclaiming a caliphate there.

© Sputnik / Mikhail Voskresenskiy
Trump 'Likely to Team Up With Russia, Damascus to Liberate Raqqa From Daesh'
Last October, Iraqi Prime Minister Haider Abadi announced the start of the military operation to retake Mosul from Daesh militants. Iraqi troops and their allies, including local Sunni militias and the US-led coalition against Daesh, are involved in the offensive.

Later in November, the Kurdish-led Syrian Democratic Forces with the assistance of the US-led coalition's airstrikes started the military operation to liberate the Syrian city of Raqqa that is considered the terrorist group's major outpost in the country.

© REUTERS / Abdalrhman Ismail
'Not Much Better Than Daesh': Belgian Party Warns EU Against Backing al-Qaeda-Linked Syrian Rebels
The both campaigns are underway.

A law approved in March 2016 allowed Japanese Self-Defense Forces for the first time since World War II to take part in military actions aimed at protection of "friendly countries", even if Japan itself is not under attack. It also allows them to render logistic support to the "friendly countries".

On January 24, Japanese Prime Minister Shinzo Abe stated at the plenary session of the House of Councillors, the upper house of the Japanese parliament, that Japan will not take part in military operations or provide logistic support in a war against the IS or other terrorist groups.