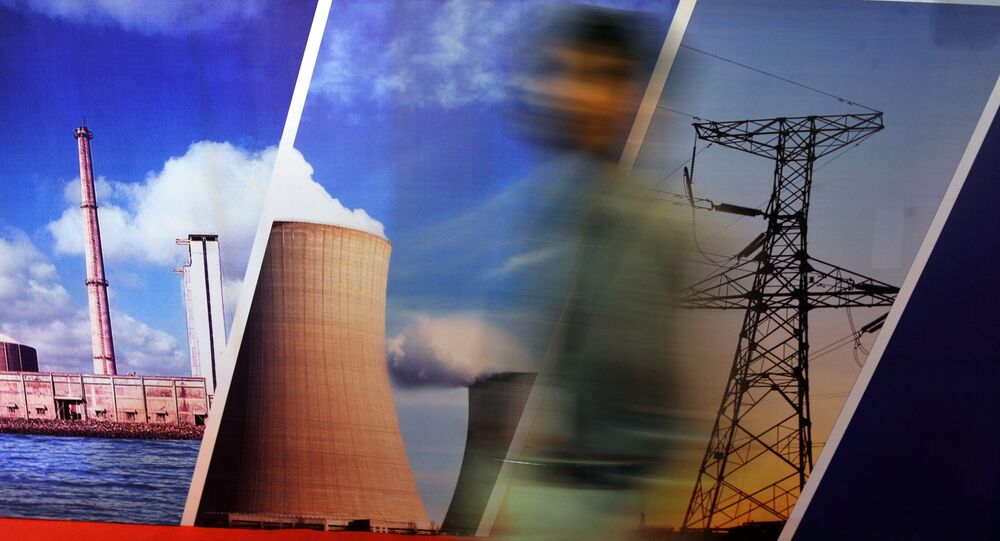 Western nuclear power generators have also committed to set up plants in India but facing serious trouble over an Indian rule which makes mandatory for any nuclear power company to show reference plant before signing any final agreement.

Indian government is conducting an extensive public outreach program including public hearings and consultations to pacify some sections of local people and certain groups who have expressed their opposition to location of nuclear power plants near Kavali in Andhra Pradesh. People have expressed apprehensions about safety of the nuclear power plants and loss of traditional means of livelihood. Sources told Sputnik that second project will be Russian made VVER Generation 3 units of 1200 Mega Watt capacity.

Meanwhile, second unit of Kudankulam Unit — 2 has started generating infirm (non-commercial) power at its rated power of 1000 MW. It has generated about 1325 Million Units of electricity (upto January 23, 2017) since its connection to grid. The unit is expected to start commercial operation in this financial year.

© AP Photo / Rafiq Maqbool
It's Time: India's Kudankulam NPP 2nd Power Unit Reaches Full Capacity
In annual budget, Indian government has indicated $80 million for setting up of the fifth and sixth Kudankulam units having capacity of 1,000 MW. "NPCIL is in final stages of negotiation with its Russian counterparts for establishing KKNPP 5&6 at Kudankulam, Tamil Nadu. Government may have to allocate US$80 million (Rs 544 crore approx) for KKNPP 5&6," reads Annual Budget document.

Currently, India generates only 3.4% of total electricity generation from nuclear power source. Nuclear Power generation capacity is expected to reach 9580 MW by 2020 on progressive completion of projects under construction and about 12980 MW by 2024 on completion of new projects accorded sanction.

Western nuclear power generators have also committed to set up plants in India but facing serious trouble over an Indian rule which makes mandatory for any nuclear power company to show reference plant before signing any final agreement. EPR of Electricite de France (EDF) and AP 1000 of Westinghouse as both the companies yet to complete any project worldwide and not so in near future.