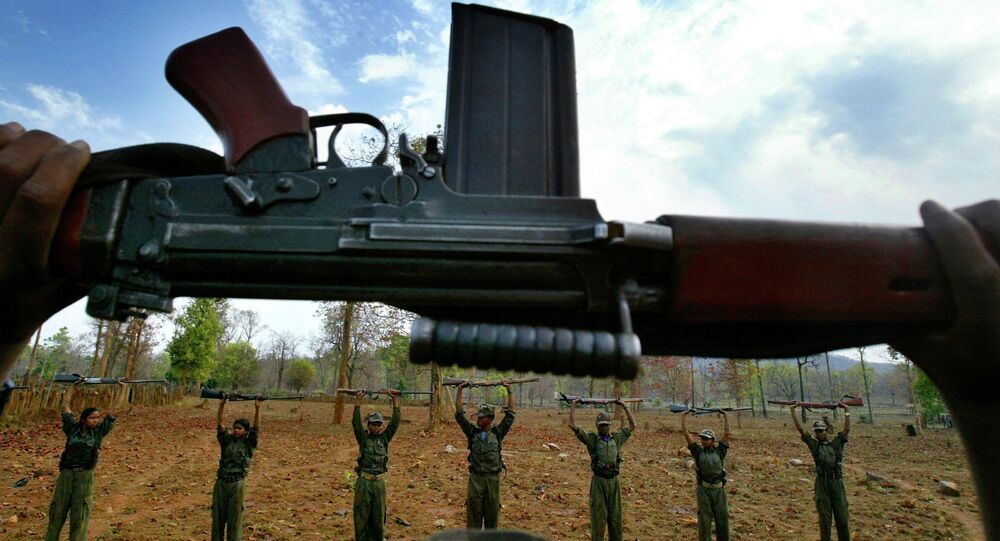 On Thursday, authorities reported that Maoist rebels in eastern India are suspected in the deaths of at least eight police officers killed in a landmine blast. According to senior police officer K.B. Singh, another five officers sustained injuries after their vehicle was attacked in the Koraput region late Wednesday.

Police sources say that four bodies were recovered at the scene, while four others died later at a hospital. The 13-man team of young recruits were on their way to Cuttack to be trained as police drivers.

Inspired by Chinese communist revolutionary Mao Tse-tung, the insurgents, called Naxals, have been fighting in eastern and central India for decades, demanding more jobs and resources for farmers and the poor, using violent acts including bombings, and hit and run attacks against authorities.

India’s Maoist groups have their roots in the peasant movement of Andhra Pradesh following independence, but were later radicalized with the introduction of Maoist ideologies. Several groups merged in 2004 to form India’s Maoist Communist Party, which seeks to overthrow the government and bring about their definition of a classless society.

Although that group is banned, India has several other communist parties that are regularly elected to positions in parliament and the legislature.

The rebels operate in 20 of India’s 29 states, often recruiting rural villagers to their ranks. The government has labeled them as one the greatest threats to the country’s internal security.

In July 2016 the insurgents killed 10 paramilitary soldiers in an ambush in eastern Bihar state. Eight of the officers were killed instantly when the rebels detonated several homemade explosives. A few months later Indian police forces tracked down and killed 24 Maoist rebels in a midnight gunfight in Odisha, the most casualties the group suffered that year.