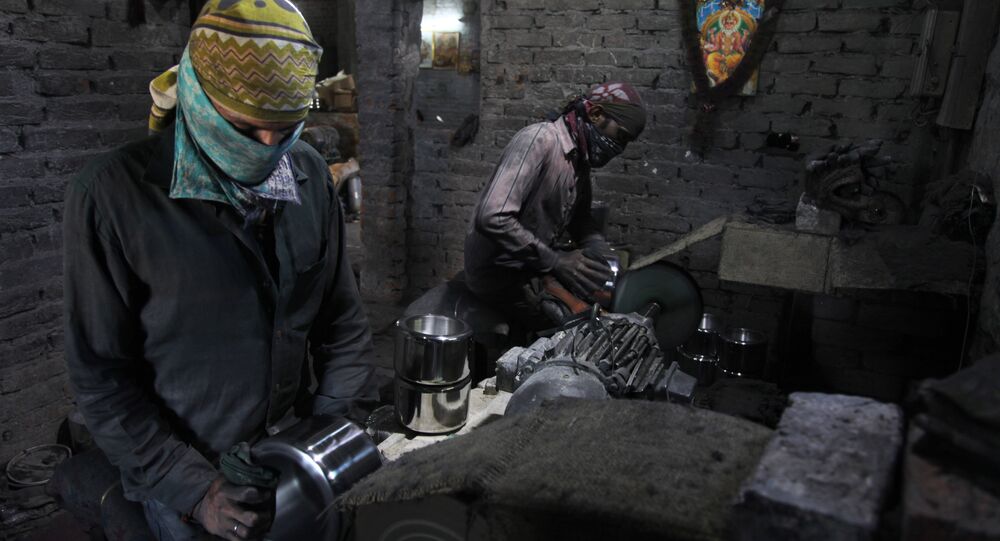 © Sputnik / Tabyldy Kadyrbekov
India, Eurasian Customs Union FTA Talks May Start in 2017
New Delhi (Sputnik) — With worries over rising protectionism in the US under President Donald Trump's new administration that may affect India's famed IT sector companies, the country is expected to press for greater market access in the services sector in the next round of the Regional Comprehensive Economic Partnership (RCEP).

The 16-member RCEP will discuss finalizing the maximum number of goods on which duties will either be eliminated or reduced drastically under single-tier system. A mega trade deal that could rival the Trans-Pacific Partnership, RCEP aims to cover goods, services, investments, economic and technical co-operation, competition and intellectual property rights.

Sources in the commerce ministry said, a major concern that has come from India's domestic industry is apprehensions over unrestricted imports from China after the duty cut under the agreement. New Delhi wants some restrictions in that area which may include a phased or gradual reduction in import duties.

© Sputnik / Mikhail Voskresenskiy
India Awaits Mandate From EAEU to Launch Talks on Free Trade Deal – Ambassador
Experts, however, suggest that it will be long before RECP takes off and until then, India should focus on alleviating domestic concerns through diversifying exports into new markets.

"The RECP is unlikely to materialize soon as all trade agreements take years to come to conclusion. Meanwhile, we have not been successful in our efforts to diversify our exports into manufactured consumer goods, as has been achieved by China. There is continuing reliance on gems and jewelry, which contribute nearly 15% to the country's exports. There is greater scope for stepping up earnings from drugs and pharmaceuticals, organic and inorganic chemicals, and from engineering goods. There is also a need for looking to new export markets, especially in Africa. Efforts should be directed towards finding new products and new markets," suggested T.K. Jayaraman, professor, Fiji National University in an article in The Wire magazine.

The 16 countries together account for over a quarter of the world's economy, estimated to be more than USD 75 trillion.

India already has implemented a free trade agreement with Japan, South Korea and ASEAN, while it is negotiating similar deals with Australia and New Zealand.