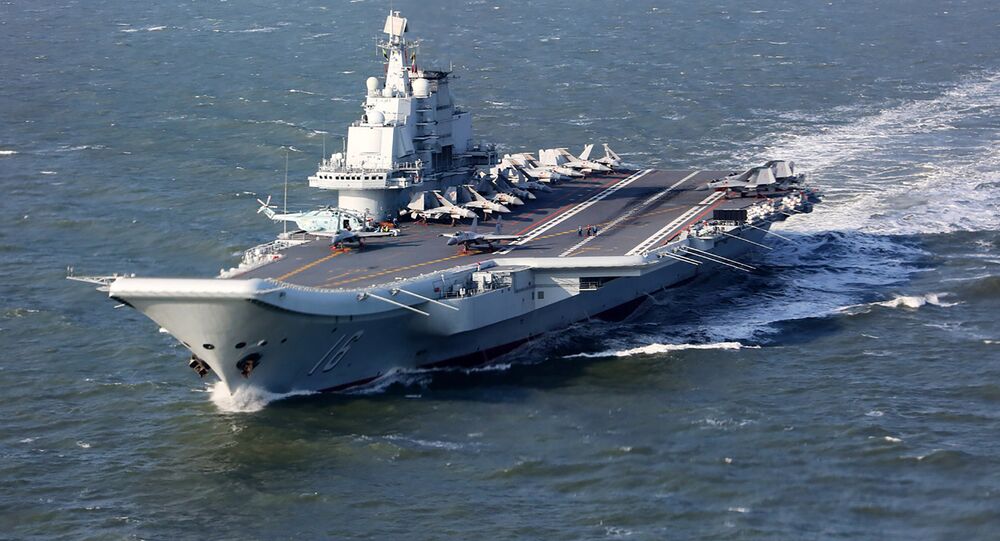 The progress of China’s aircraft carrier program continues to move forward into the new year after achieving a number of milestones in 2016.

In November 2016 the Soviet-era Liaoning, Beijing’s only carrier, was declared “combat ready” by political commissar Senior Capt. Li Dongyou. Following the declaration, the ship departed on a training voyage that featured a stop on the edge of the South China Sea, at the People’s Liberation Army Navy’s (PLAN) base on Hainan Island.

Several PLAN corvettes, frigates and destroyers accompanied the Liaoning, which was carrying Changhe Z-18 and Harbin Z-9 helicopters, along with more than a dozen Shenyang J-15 Flying Shark carrier-borne fighters.

China’s second carrier, currently called the 001A, is being built at the same Dalian shipyard that renovated the Liaoning. The new carrier differs from the Liaoning, with its revised flight deck arrangement and other features, but retains the ski-jump bow used for launching aircraft.

The ship is expected to be launched in late 2017, and recent satellite photos of Plan’s Hulado air base show that the runway replicas constructed for pilots to practice landings underwent modifications between June and October 2016. According to China defense experts, this was done possibly to reflect differences in the new ship’s flight deck.

Images recently surfaced on Chinese social media platforms suggesting that Beijing may be developing a carrier with Catapult Assisted Take-Off But Arrested Recovery (CATOBAR), that can accommodate carrier onboard delivery (COD) aircraft, AEW and other large aircraft. This is plausible given the limitations of the arrested recovery (STOBAR) launching method, which limits the payload and range of shipborne aircraft.

According to the The Centre for Research on Globalization (CRG) website, "A CATOBAR equipped CV-18 will gain the advantages of greater range and weapons load-out for its strike wing. It will also allow for the use of fixed-wing anti-submarine (ASW) aircraft and tactical airborne early warning (AEW) aircraft. The PLAN’s current reliance on helicopter borne ASW and AEW is a shortcoming that must be resolved."

Author Andreas Rupprecht, who has written books on Chinese military aviation and its aircraft industry, told Defense News that in 2017 there will likely be "more lengthy and intense exercises by the Liaoning and J-15s, as well as the likelihood that we will see a second J-15 regiment established with aircraft from the third production batch."