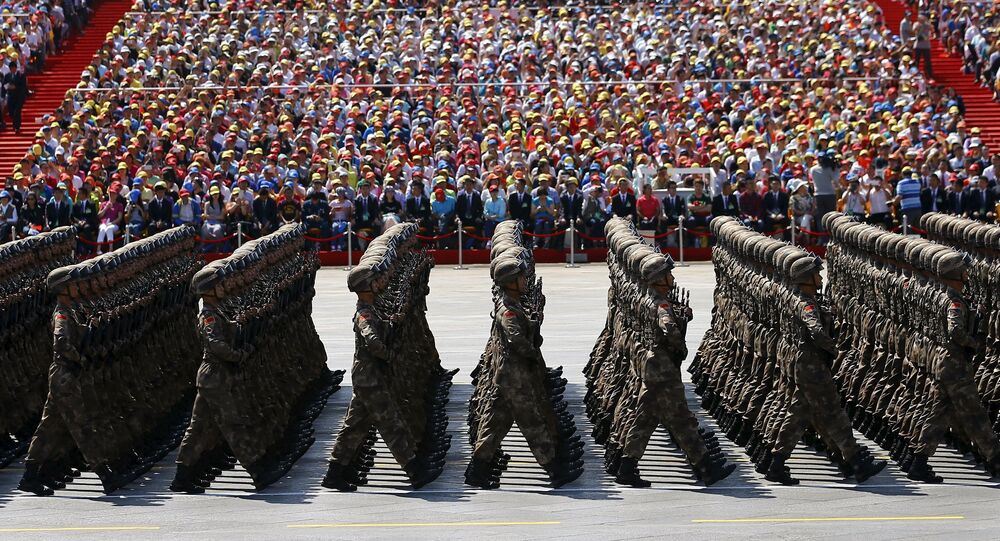 This test is noteworthy as it indicates that China’s military arsenal may be increasing its number of warheads, which for decades has been estimated at a relatively low (when compared to the thousands stockpiled by Russia and the United States) 250.

In February, US intelligence agencies reported that Beijing was retrofitting DF-5 missiles with warheads, which some analysts suggest may necessitate Washington to increase the number of its warheads.

Adm. Cecil Haney, then commander of the US Strategic Command, was quoted by the Washington Times saying, "While China periodically reminds us of its 'no first use' nuclear policy, these developments — coupled with the Chinese intentional lack of transparency on nuclear issues, such as force, disposition and size — can impact regional and strategic stability."

US land- and sea-based nuclear forces are currently configured to combat the nuclear force of both Beijing and Moscow. Washington is slated to reduce its number of deployed warheads to 1,550, under the US-Russia arms treaty.

The Pentagon would likely take weapons out of storage to increase Washington’s nuclear arsenal if China boosts the number of its warheads to 800 or 1,000.

During a September 2016 Senate confirmation hearing, Air Force Gen. John Hyten, the new head of the US Strategic Command, said that Beijing’s growing nuclear capabilities are a cause for concern.

Hyten told the Senate Armed Forces Committee, "I am fully aware that China continues to modernize its nuclear missile force and is striving for a secure second-strike capability…Although it continues to profess a 'no first use' doctrine, China is re-engineering its long-range ballistic missiles to carry multiple nuclear warheads and continues to develop and test hyper-glide vehicle technologies."

The testing comes as Beijing is thought to be preparing for possible conflict with the US, as the People’s Liberation Army has commented that US-Sino ties strained by the election of Donald Trump have made the chances of war "more real."

According to the South China Post, commentary on a Beijing military website posted the day of Trump’s inauguration read, "A war within the president’s term’ or ‘war breaking out tonight’ are not just slogans, they are becoming a practical reality."

US Study on 'Decapitating' Russia, China May Raise Fear of Surprise Nuke Attack