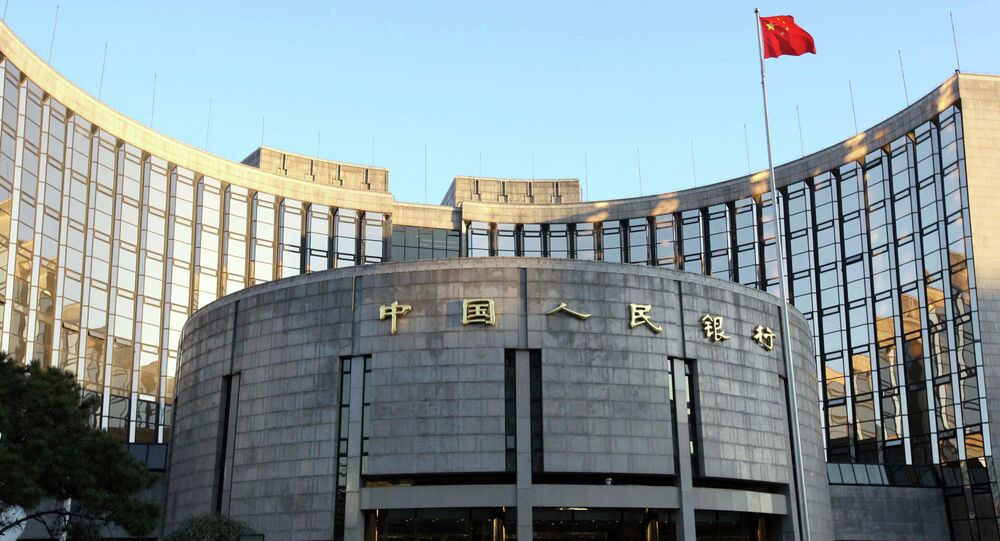 China does not meet all necessary US criteria to be labeled a currency manipulator, People's Bank of China Deputy Governor Yi Gang said Thursday.

© AFP 2021 / Fred DUFOUR
People's Bank of China Weakens Yuan Against Dollar by 0.87% Monday
BEIJING (Sputnik) — New US President Donald Trump accused China of manipulating its currency exchange rates to undercut the US dollar and boost its exports throughout his election campaign. The president vowed to officially label the country a currency manipulator, thus enabling US authorities to take retaliatory steps. Trump also vowed to raise tariffs on Chinese imports.

"In 2015, the United States adopted a law on trade enforcement, which mentions three criteria that would need to be fulfilled to become a currency manipulator. China fulfilled two of these criteria before, but in 2016 in fulfilled just one of three, overall, just five countries fulfill one criterion," Yi said, as quoted by the People’s Political Consultative Daily newspaper.

Calling China a currency manipulator is illogical, he emphasized, adding that the People's Bank of China has already conducted thorough talks with the US Department of the Treasury on the matter.

The US Trade Facilitation and Trade Enforcement Act of 2015 stipulates that a country can be labeled a currency manipulator and added to a monitoring list if it has a trade surplus of over $20 billion, a trade surplus of over 3 percent GDP with the United States alone as well as spending over 2 percent of its GDP on boosting its foreign currency reserves. An early 2016 Treasury report targeted mainly China, Japan, Korea, Taiwan and Germany on the issue of currency manipulation, concluding that these five countries meet at least two of these three criteria. Currently, China only meets the first trade surplus criterion.