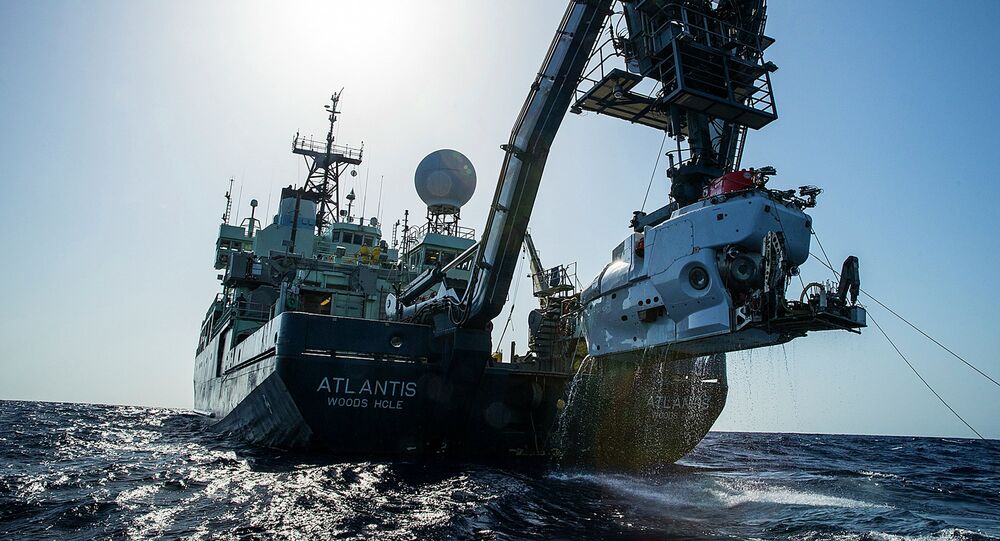 China is developing a new manned submersible capable of diving into Challenger Deep, the deepest point on Earth estimated to be around 11,000 meters below the surface. In a commentary for Sputnik, military expert Vasiy Kashin described this as the latest Beijing’s bid to lead the world in the development of deep-sea vehicles.

© Photo : Youtube/Teen Blog
China's New Deep Sea Robot Dives Into World’s Deepest Trench
“The new manned Deep-Sea Submersible is being developed by the China Shipbuilding Industry Corporation (CSIC). Until now, the Jiaolong, also designed and built by CSIC, was China’s deepest going submersible. In June 2012 it reached a depth of 7,062 meters while diving in the Mariana Trench in the Pacific Ocean,” Kashin said.

China is among the world’s five countries (the US, Russia, France and Japan) that build submersibles capable of reaching ocean deaths of 6,000 meters and more.

“China has been developing deep-sea vehicles since the 1980s and with Russian assistance – since the 1990s. The Jiaolong was jointly developed during the 2000s by CSIC, Russia’s Krylov State Research Center and the Baltic Shipyard in St. Petersburg,” Vasily Kashin continued.

Earlier, Russian specialists helped in the development of China’s first manned submersibles capable of diving to 6,000 meters and more, and of a variety of unmanned undersea vehicles.

© Photo : Pixabay
Diving Down: First Deep Sea Institute Opens in China
“China prioritizes the development of deep-sea submersibles as a means of boosting its global prestige, obtaining vital scientific and technological knowhow and strengthening its naval power. During the 1980 the Soviet Union built a submarine able to reach depths of up to 1,200 meters, but after the sub was lost in 1989, the Navy suspended all further such experiments,” Kashin said.

The AS-12 nuclear-powered deep-sea stations to be found on the BS-64 Podmoskovye and BS-411 Orenburg submarines can reportedly dive to between 3,000 and 6,000 meters below the surface.  They are also equipped with robotic arms to perform various tasks on the ocean floor.

“In theory, such deep-sear sea vehicles can latch onto or destroy underwater cables and damage underwater long-range submarine tracking systems like the US’ SOSUS system,” the expert observed.

The United States also has special-purpose seep-sea submarines like the USS Jimmy Carter.

“China’s bid to rule the waves in the Pacific will also necessitate considerable financial inputs into the construction of specialized deep-sea vehicles, and the current development of scientific and industrial submersibles will be of great help in obtaining the necessary knowhow to make this happen,” Vasily Kashin said in conclusion.