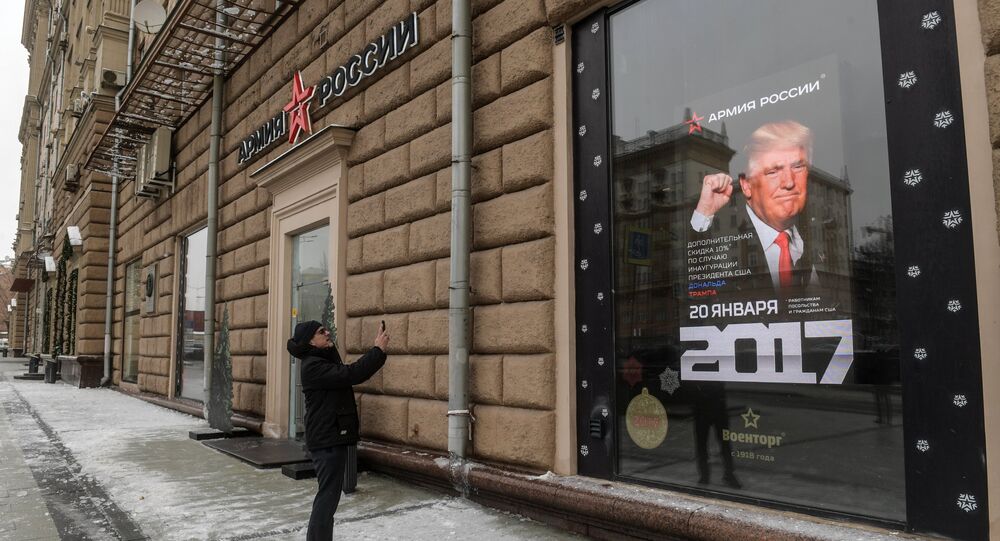 Will the US Undermine Russian-Chinese Relations Under New Administration?

The new US administration under President Donald Trump will attempt to create a divide between Russia and China according to the head of the Russian-Chinese economic and financial research center, Nikolai Kotlyarov.

© REUTERS / Carlo Allegri
Obama Claims Rivals Like Russia, China Cannot Match US Global Influence
“They will of course try and drive a wedge in relations; they have to do that in terms of global confrontation. Our task is not to let that happen. In this case, we must build relations with China,” Kotlyarov said during the round table conference held at the Rossiya Segodnya news agency.

The conference called, “The arrival of Trump and results of the summit in Davos: Transition to a new political and economic architecture of the world,” held at the news agency, saw experts from economic and political backgrounds discuss the current global situation and Russia’s position on it.

According to Associate Professor at the Moscow State University of International Security and World Politics Alexey Fenenko, the US will not only try to play against the Russian alliance with China, but it has already repeatedly attempted to do so.

The expert further said that such attempts by the United States started after Russia and China signed a “big contract” in 2001.

“The contract had a mechanism of mandatory consultation and an overall international political position. From that moment onwards the Americans realized that following the collapse of the USSR there was now a new bloc, which, in general was blocking their hegemony. From that moment on, they started occupying themselves with its collapse,” Fenenko said.

The expert explained that the first attempt was made by George W. Bush in 2001-2002 in the wake of his partnership against terrorism and the joint operation in Afghanistan.

According to the expert, this was intended to result in the provocation of a Russian-Chinese conflict and result in the elimination of Shanghai Cooperation Organization.

The second attempt was carried out by Barack Obama in 2009 when he proposed to China to create a “Group of Two.”

“Now, of course, by all means, Trump will play at undermining the Russian-Chinese big contract,” Fenenko concluded.

Trading Places: China to 'Champion Free Trade, US to Back Protectionism'