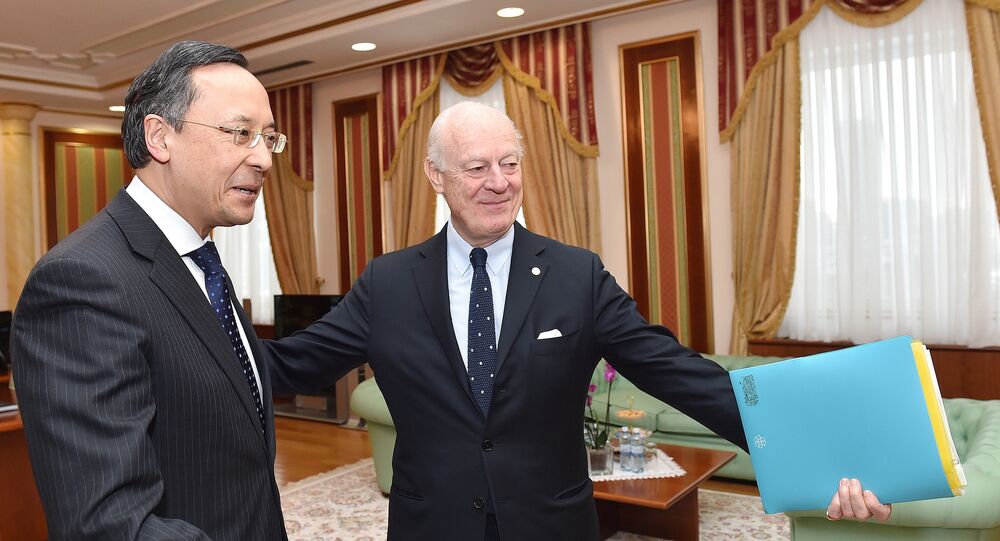 © REUTERS / Mukhtar Kholdorbekov
Another Plenary Session on Syria in Astana Unlikely on Monday, Talks Possible
MOSCOW (Sputnik) — All humanitarian issues in Syria, including the release of detainees and safe return of the internationally displaced persons (IDPs), should be resolved in order to avoid repeating the situation in Libya," UN Special Envoy for Syria Staffan de Mistura said Monday.

"Let’s not lose sight of the horizon to which all Syrians are aspiring: the release of detainees and abducted people, the safe return of Syrian refugees and IDPs —men and women-, a return to normal life everywhere, and the full functioning of basic State institutions and infrastructure – we don’t want another Libya," de Mistura said at the opening of the Syrian peace talks in Astana, as quoted in a UN press statement.

De Mistura has also called on the international community "to help revive the [Syrian] economy and reconstruct the country.

Another Plenary Session on Syria in Astana Unlikely on Monday, Talks Possible