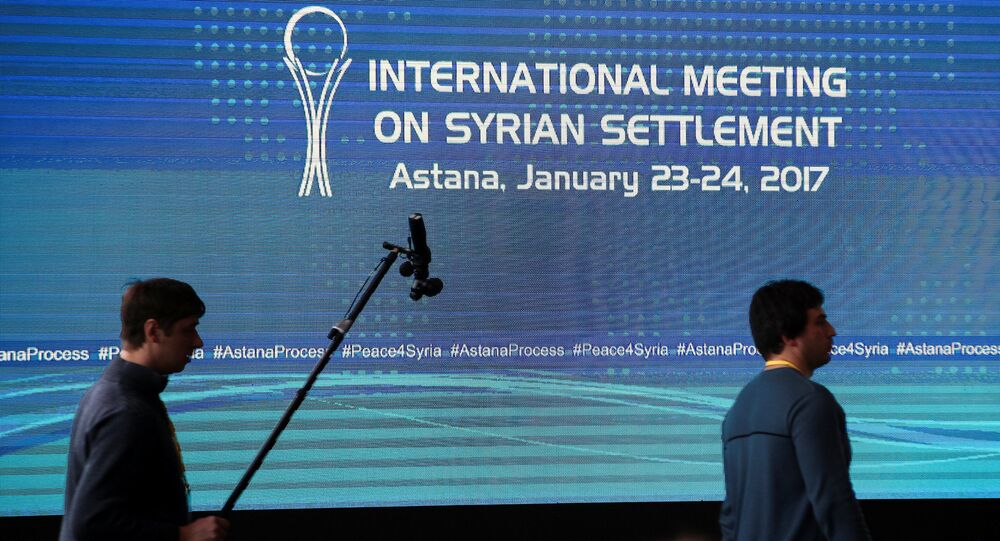 The US will be represented on the ambassador level at the Astana talks on Syria, 15 Syrian opposition groups will also take part, Kazakh Deputy Foreign Minister Roman Vassilenko said Monday.

"I do not think that it is worth looking for some negativity in this fact," Vassilenko said at a briefing.

The United States is not a guarantor of Syrian ceasefire agreement, the deputy foreign minister added.

Moreover, some 15 Syrian opposition groups are represented at Astana talks on the Syrian settlement, however there is no formal head of the opposition delegation, Kazakh Deputy Foreign Minister Roman Vassilenko said Monday.

“A total of 15 Syrian opposition groups are present here. These are the organizations which have supported the cessation of hostilities reached in late December under the mediation of Russia and Turkey. As far as I understood, Syrian armed opposition chose no formal head of the delegation … no individual has an authority to represent the entire Syrian opposition. They represent themselves and coordinate their positions,” Vassilenko said.

According to the organizers of the talks, the Russian delegation will be located near the delegation of Kazakhstan and Iran, while the representatives of the United Nations and the United States will be seating at the opposite side of the negotiation table.

"They are working on that," Vassilenko said at a briefing.

"It will depend on the way the talks develop, initially we scheduled them until the end of tomorrow. If they finish earlier, we are ready to finish them earlier and organize a press conference," Vassilenko said at a briefing.