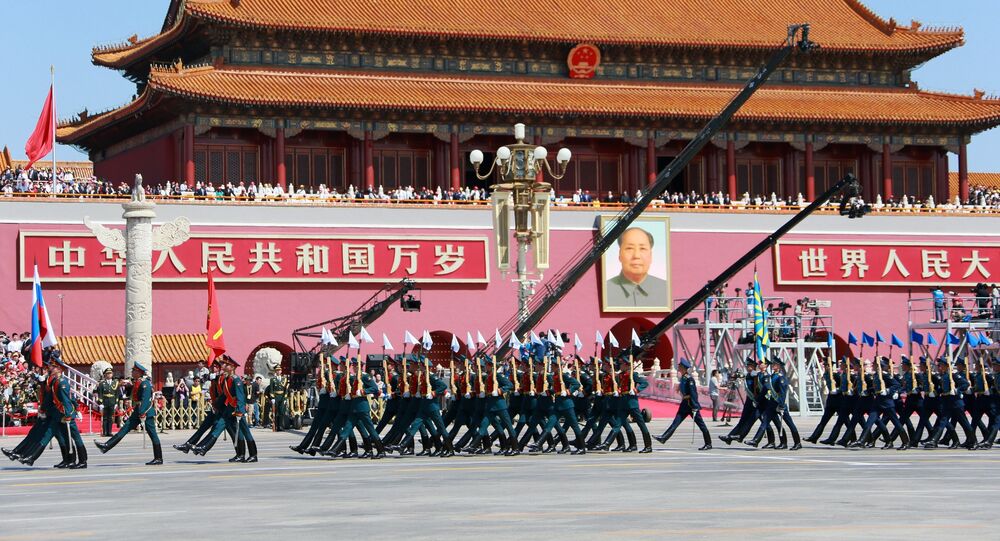 A Chinese editorial the day after US President Donald Trump's inauguration took talks of a trade war even further, speculating on the possibility of "real war" between the two.

Ed Zhang, editor at large of the China Daily, asked "Will there be a trade war between the two largest trading powers?" and noted that many are saying "a showdown with China is unavoidable and imminent."

Trump showed no inclination to back down in his inauguration speech January 20, Zhang said, noting the new president's promise that every decision on trade, taxes, immigration and foreign policy will be made to benefit American workers and American families.

Zhang speculated on what that might mean for Chinese businesses. "If there is a hike in tariffs across the board, then Chinese companies will lose a lot of orders for the same goods they have been shipping to the US market for the last decade," he said. But they might gain an opportunity to offload products that aren't profitable or that are made with environmentally costly materials.

"Officials with China's National Development and Reform Commission may thank the Trump administration if it can help China offload obsolete, unsustainable industrial capacity quicker," he said.

Meanwhile, Chinese business could take the opportunity to seek tax breaks to help improve their competitiveness, and the country's savings could be used to upgrade its industry.

But what will be the reaction, he mused? "No war can be one-sided. The Chinese government will adopt counter-measures, and local companies will find more import substitution opportunities in the selected industries," he guessed.

"And if a real war is waged alongside a trade war, that will only create more defense orders for local companies."

Zhang went on to detail the costs the US would bear as war-maker, saying protectionism would hurt the US economy and would turn away China's 1.3 billion potential customers. "What real businesspeople should do is negotiate to strike the best deal they can. Indeed, since Trump was quoted as having said everything is negotiable, what's the point of a trade war?"