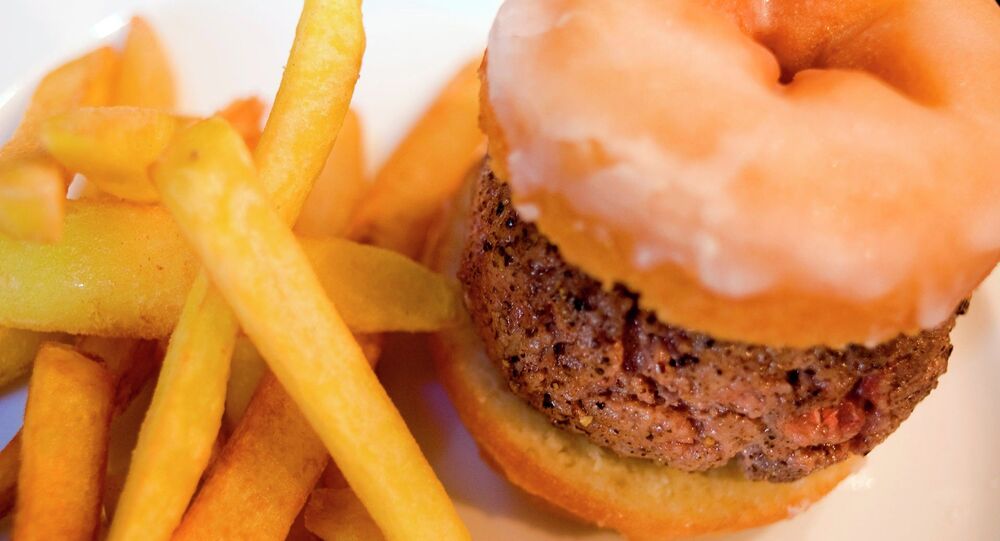 India is planning to levy a 'sin tax' on junk food akin to excise taxes on alcohol and cigarettes worldwide, due to its deleterious effects on human health.

New Delhi (Sputnik) — Snacking on a cheeseburger and drinking cola could be no less expensive than dining out at a proper restaurant the next time you visit India. New Delhi is drafting its budget for the next financial year and the buzz is that the government has planned a slew of new taxes with a variety of purposes; the so-called "fat tax" could be the most novel of them all.

© Flickr / Alexa Clark
Tackling Childhood Obesity: Chinese School Serves Meals Based on Kids’ Weight
An 11-member group of top bureaucrats from the ministries of health, sanitation and urban development recently met Prime Minister Narendra Modi and advocated a "fat tax" on beverages and packaged food that have a high sodium content and saturated fats. The proceeds from this should be used for the government's healthcare expenditures, according to sources.

Prime Minister Narendra Modi is expected to make the final call on the proposal ahead of the annual union budget that is to be presented on February 1st. Sources close to Prime Minister Modi told Sputnik that the proposal has the backing of the Sangh Parivar – an umbrella organization of Hindu nationalist parties and groups including the ruling Bharatiya Janta Party (BJP).

New York-based PepsiCo and Atlanta-based Coca-Cola, which control the lion's share of India’s carbonated drinks market, as well as the Swiss transnational food and beverage company Nestle would be most burdened by the policy, if adopted. If the tax net is extended to all eateries serving junk food, American fast food chains like McDonalds', Pizza Hut, Domino's Pizza and KFC would be the hardest hit.

According to a study published in the medical journal Lancet, India ranks third behind the US and China in terms of the total number of of obese people. One in every five Indian men and women are either obese or overweight.

© Photo : Pixabay
WHO: Raising Taxes on Sugary Drinks by 20% May Reduce Cases of Obesity, Diabetes
Excessive weight is associated with a series of health problems, including high blood pressure, diabetes, and cardiovascular ailments. Therefore, by levying an additional surcharge on food items associated with obesity, India aims to discourage unhealthy dietary habits among its citizens and offset the economic cost of treating obesity.

Denmark was the first country to experiment with a fat tax in 2011, but scrapped it a year later, stating that it failed to change Danes' eating habits and had become a bureaucratic nightmare for producers and outlets. It even brought about cross-border trading, putting Danish jobs at risk.