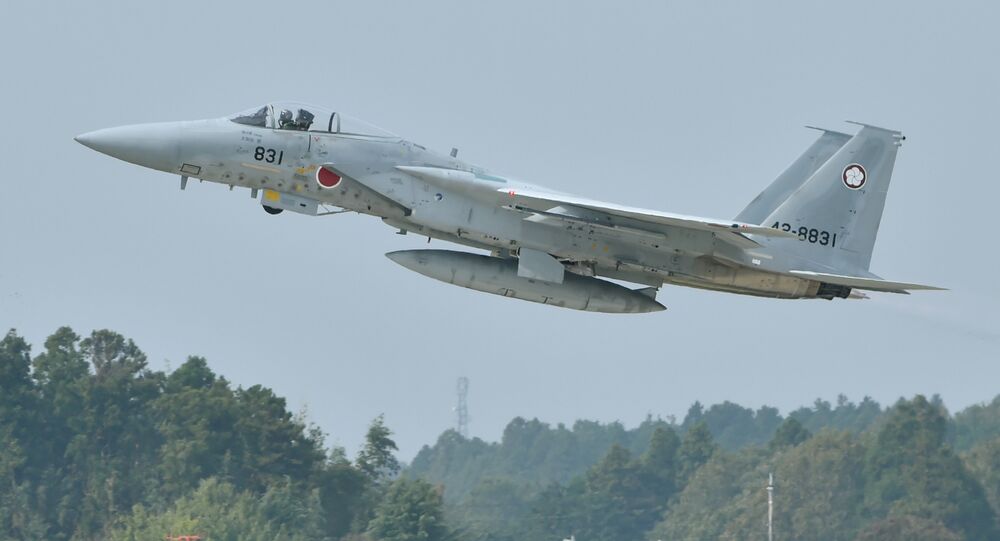 Will UK's Joint Missile Project With Japan Be More Trouble Than It’s Worth?

Japan and Britain are pushing ahead with the development of a new air-to-air missile in 2017 and the technical feasibility study for the Joint New Air-to-Air Missile (JNAAM) is slated to be completed before the end of this year, Sankei News reported.

Work on the JNAAM project started in November 2014 as an attempt to merge the AESA missile seeker from the Japanese AAM-4B missile on the body of Meteor missile jointly developed by Britain, Germany and France. Even though the new missile can travel great distances, its accuracy leaves much to be desired.

© AFP 2020 / Kazuhiro NOGI
Japan Denies Locking Missiles Onto Chinese Fighter Jets Over East China Sea
The Japanese want to install an active self-homing  system from their Mitsubishi AAM-4 missile, which they hope would help bring the JNAAM up to par with the very best such missiles around.

In an interview with Sputnik, political analyst Dmitry Verkhoturov said that the AAM-4B with an active radar homing system and effective range of 120 kilometers produced in Japan since 2010 is more effective than its main Chinese counterpart, the Tien Chien II, which has a passive radar and infrared homing system and a maximum range of 60 kilometers.

Even the more advanced PL-12 missile with an active homing system and a range of up to 100 kilometers is no match for Japan’s AAM-4.

“With such an edge over their Chinese rival, the Japanese have nothing to worry about,” Verkhoturov said.

As for the Meteor missile, it is equipped with an active self-homing system and has a maximum range of up to 100 kilometers.

“Even it is it is a little better than its Japanese analogue, I don’t think it makes any sense working together on a new missile that may never find any practical use,” Verkhoturov added.

According to military expert Konstantin Sivkov, “the Japanese and British are developing a new missile to leave the Americans behind. The Japanese army is well equipped, but it mainly depends on US technology, including the Aegis system, missiles and military aircraft.”

Ministry of defence of the Russian Federation
Ships With Cruise Missiles to Be Basis of Russian High-Precision Arm Carrier Group
“Just like the British who scrapped their own development back in the late-1970s. Moreover, no one has so far been able to top Russia’s R-37 missile,” Sivkov said.

Dmitry Verkhoturov mentioned the KS-172 missile with an effective range of 400 kilometers, which is currently being tested in Russia. It is meant to engage strategic bombers and AWACS planes.

“This means that, compared with Russian missiles, the joint Japanese-British project is already outdated because if you increase a missile’s range from 100 kilometers to 400, you can not only shoot down enemy fighters but can also destroy the enemy’s entire battle control system and seriously degrade its air power.”

If all goes well, Japan and Britain plan to install their new missile on the fifth-generation F-35 Lightning IIs. Before this happens, however, the designers need an official go-ahead from the Japanese government. The high cost of the new missile’s development could also be a problem.